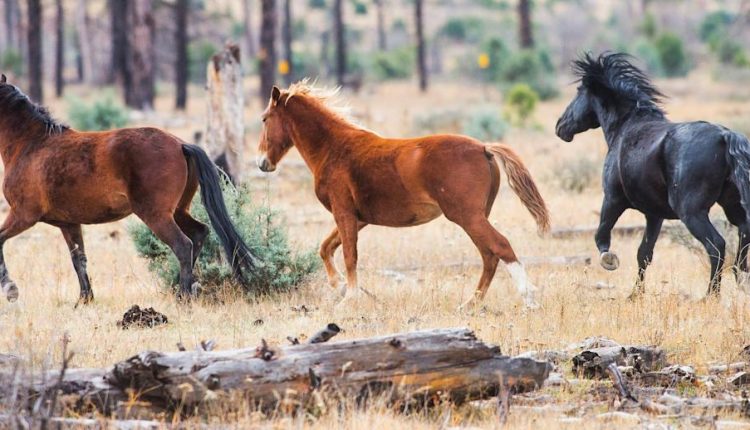 Wild mustangs walk in the Apache-Sitgreaves National Forest near Overgaard on Friday November 14, 2014. Several hundred horses roam wild in the area and the Forest Service is considering plans to manage the horses, including their possible removal.

The state-protected animals were found dead with apparent gunshot wounds amid a string of similar killings of wild horses in the state in recent years.

In a statement released Tuesday, Apache-Sitgreaves National Forests spokesman Jeffrey Todd reported that autopsies on the three horses had been completed before they were buried.

Wild horses are protected by the Wild Free-Roaming Horse and Burros Act of 1971 in 10 states. The presence of wild horse herds in the state is controversial. Some ranchers and conservationists advocate smaller herds and stricter population management, while wild horse advocates have in the past criticized efforts to remove or sterilize the animals.

The Forest Service is asking the public to contact the Navajo County Sheriff’s Office at 928-524-4050 to report any information that may advance their investigation. A $10,000 reward is being offered for information leading to the arrest and conviction of the person or persons responsible for the recent shooting.