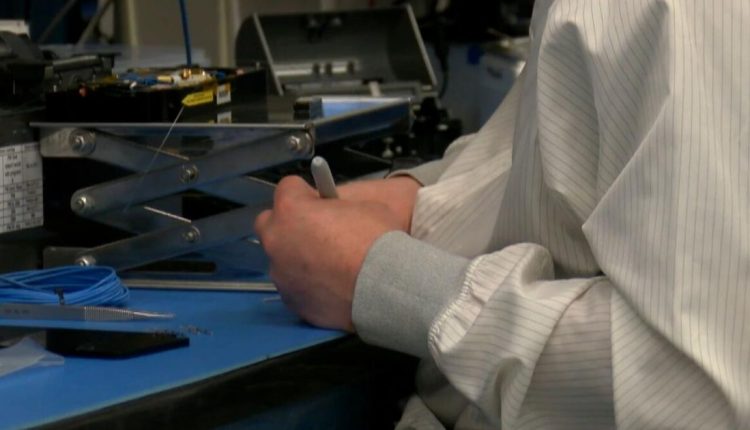 TUCSON (KVOA) — Everything from your phone to your car, uses optics. It is the study of light, and how it interacts with our world.

A lot of that technology is built right here in Tucson.

NP Photonics is situated in the middle of the UA Tech Park.

They build lasers that are used for all kinds of devices. One example is a device that is used for surgeons in order to make more precise cuts when operating on someone.

Founder Nasser Peyghambarian noticed the growing optics industry back in 1998, and decided to start his company here.

“There’s a lot of optics companies. That, a lot of them are a spinoff from the university. And that is made this Optics Valley,” Peyghambarian said. “You take a look at the cell phone that you have, there are many optics stuff in it. Like lasers inside, the display is all optics. Optics and electronics combined makes that gadget.”

Nasser says the University of Arizona serves as a centerpiece, companies both big and small recruit graduates, making it much easier to grow their companies.

One of the CEOs who has benefited from that is Gregory Quarles with Applied Energetics.

“There is a good depth of talent that is in Tucson,” Quarles said. “A critical mass, so that you can try to recruit internally, and not have to always go out and find somebody and relocate them and their family.”

What is most exciting about optics valley is the future.

Both Quarles and Peyghambarian say optics are being used more often.

A recent example is the James Webb telescope, a project that included UArizona researchers that uses advanced optics to take images deep into space.

Autonomous vehicles is one of the next big concepts in the optics industry.

“For a vehicle to be fully autonomous, to be able to drive itself and watch for any kind of dangers that are on the road,” Quarles said. “They’re using short pulse lasers built in some of the vehicles.”

UArizona estimates that optics, photonics, and astronomy companies have a $4 billion impact in Arizona.

To read BizTucson Magazine’s feature on 11 Reasons Why The World Is Watching Tucson, visit biztucson.com.