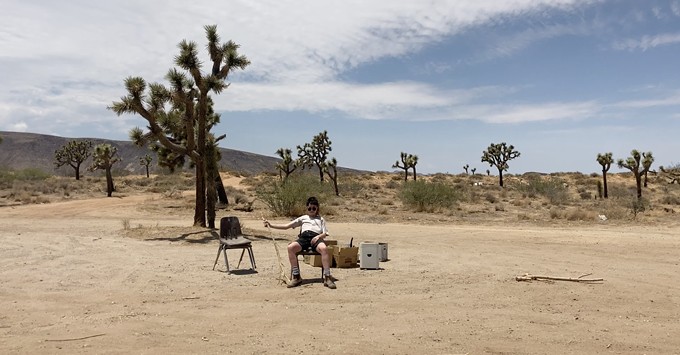 The 2022 festival’s lineup includes the premieres of “It Came From Aquarius Records,” “In the Middle of Everywhere” and “The Mistress.”

The annual Tucson Film & Music Festival is returning for its 18th year, and its lineup is showcasing a range of diverse pieces for its film community.

Through the art of cinema and music-related content, the festival presents the local community of filmgoers the opportunity to connect with one another while giving Arizona filmmakers a platform to showcase their work. The 2022 Tucson Film & Music Festival (TFMF) is from Oct. 6 through 9 at The Screening Room in Tucson.

“I think, in general, for the local film and filmmaking community, this is a chance for them to see what movies are being made, what content is being created, in the festival circuit,” said Michael Toubassi, director of the TFMF. “The movies that we’ve shown today are movies that are going to be in theaters down the road or are going to be on streaming services, so I think it inspires them to see what’s being created and to create themselves.”

This year’s lineup includes five features and 15 shorts, including narratives, documentaries, animations and content related to music. All 20 of the pieces are regional or world premieres.

“I think it’s our high-quality, unique programming that really sets us apart from other festivals. I think we bring an eclectic, different mix of films,” said Toubassi.

Friday is the southwest premiere of a music documentary titled “It Came From Aquarius Records,” directed by festival alumni Kenneth Thomas. The film documents the history and struggles of the San Francisco indie record store Aquarius Records, which was an independent music giant for 47 years.

The centerpiece film the following day is “In The Middle of Everywhere.” Described by Toubassi as a “visual memoir documentary,” the piece delves into a deeper embodiment of the self through movement and dance, relationships, gender and identity while residing in the desert.

The film is directed by the festival’s first non-binary filmmaker, Panda Landa.

“It’s an LGBTQ-forward film. Because they’re a non-binary filmmaker, that’s something different for us, new for us,” said Toubassi. “I think that’s something that will reach out to the Tucson audience.”

“The Mistress” will close the festival on Sunday night. Written and directed by Greg Pritikin, the thriller depicts newlyweds who move into their dream home and discover obsessive love letters that unfurl a series of dark, mysterious events.

John Magaro, best known for his role in “The Umbrella Academy,” plays one of the leads alongside Chasten Harmon from “The Good Fight,” “Elementary” and “The Fix.”

“(‘The Mistress’) is where we want to go (with the festival) but a little bit different than what we normally do, because we haven’t had a thriller like this in a long time,” said Toubassi. “So it’s really great to get a thriller with a pretty well-known cast.”

Following the anchor film screenings, the respective directors will hold Q&As — an aspect of film festivals that the director greatly values.

“We spend a lot of time watching movies at home and streaming,” said Toubassi. “So to go out to a theater and see somebody who actually created the movie that you’re watching talk about it, introduce it, maybe even get to answer one of your questions about it, is a special occasion. That’s what we strive for at the film festival and what makes it worth coming out for.”

Since the TFMF was established in 2005, it has screened over 500 films and attracts approximately 500 filmgoers annually.

The festival is a part of an Arizona nonprofit organization devoted to creating a vibrant community through the cinema, theater and documentary filmmaking, with a mission to showcase the work of filmmakers with a connection to Arizona and the desert southwest.