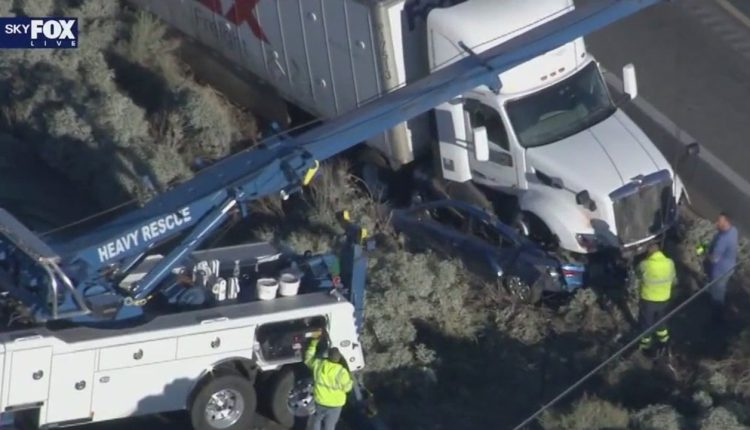 the Arizona Department of Public Safety says the crash happened along the eastbound lanes of I-10 at milepost 208 near Eloy. Two commercial trucks and a car were involved in the crash.

Video from SkyFOX shows a smashed blue vehicle partially under a FedEx truck.

DPS did not specify which vehicles the victims were traveling in, nor their identities.

The eastbound lanes are closed at milepost 203. It’s unknown when they will reopen.

Authorities say two people are dead following a crash along Interstate 10 between Phoenix and Tucson.