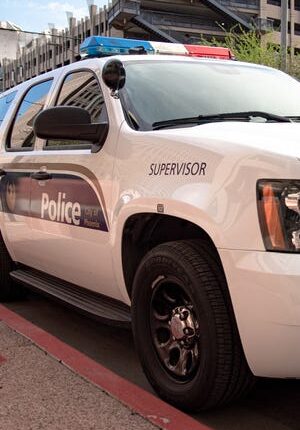 A man and woman were hospitalized in critical condition after their motorcycle was involved in a multi-vehicle collision near 89th Avenue and Indian School Road.

Firefighters responded to reports of a multi-vehicle collision involving a motorcycle on Monday afternoon, according to Phoenix police spokesperson Sgt. Phillip Krynsky.

The man and woman were found suffering from collision-related injuries on the roadway when the fire department arrived. The pair had been on a motorcycle when the crash occurred. They were transported to a hospital with serious injuries where they now remain in critical condition.

All the vehicles involved in the collision remained on the scene, according to Krynsky.

Indian School Road was closed between 87th and 89th avenues while the Phoenix Police Department investigated the incident, Krynsky said.

An investigation was underway.