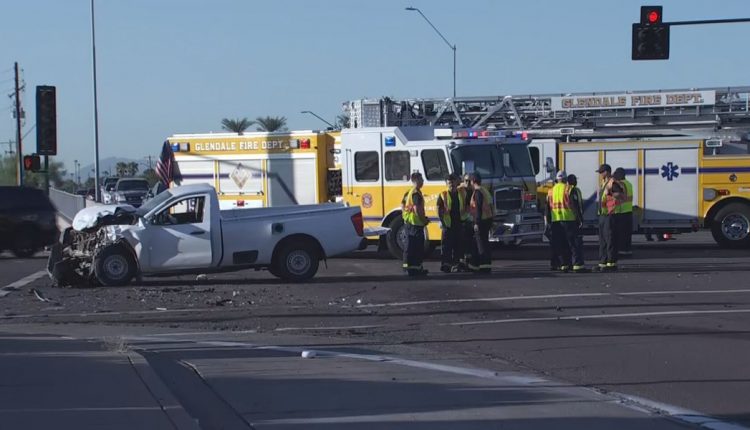 PHOENIX (3TV/CBS 5) — Two men are in critical condition and another was taken to the hospital after a serious wreck in northwest Phoenix early Wednesday morning.

The crash was first reported around 7 am at the intersection of 51st Avenue and Cactus Road. Firefighters arrived to find a two-car crash and found three people with serious injuries. Video from the scene showed one pick-up truck with extensive front-end damage and multiple fire crews on scene with traffic being diverted away from the intersection.

Two men in their 50s and 60s were rushed to the hospital in critical condition, while another man was taken to the hospital in stable condition. No other information on the crash has been released. Arizona’s Family has reached out to the Phoenix Police Department for more details on what happened.

Drivers are being asked to avoid the area for the next few hours. Click/tap here for a live traffic map.

The night the Greyhounds came