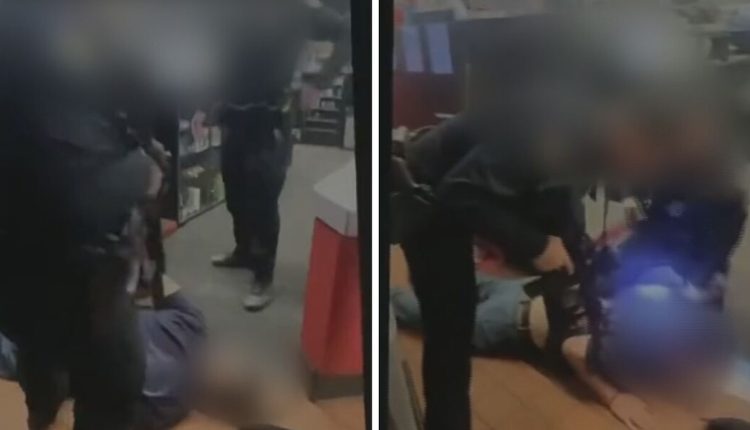 PHOENIX (3TV/CBS 5) — Phoenix police say two officers are on leave after video shows them in a fight with a man who fired gunshots at their patrol car last week.

On Oct. 27, Phoenix police say 38-year-old Harry Denman walked toward a patrol car in a convenience store parking lot near 59th Avenue and Buckeye Road and started talking to the officers. Police say the officers told Denman they had to leave to respond to another call and started backing out of the spot when Denman pulled out a gun and fired at them. Police say one bullet hit the ground, and a second bullet hit the patrol car’s spotlight and went into the driver’s side of the vehicle.

According to police, Denman ran into the convenience store, and officers followed him inside, where they got into a fight before arresting him. The video below shows the officers fighting with Denman inside the store before taking him into custody.

The two officers in the video were placed on leave Monday.

Phoenix Police Chief Michael Sullivan said that the two officers involved are on leave after their actions in the video prompted an immediate investigation by the police department. “What is depicted in the video is not how we train and is not aligned with the core values ​​of the Phoenix Police Department,” said Sullivan.

A criminal and internal investigation is underway for the officers involved in the incident.