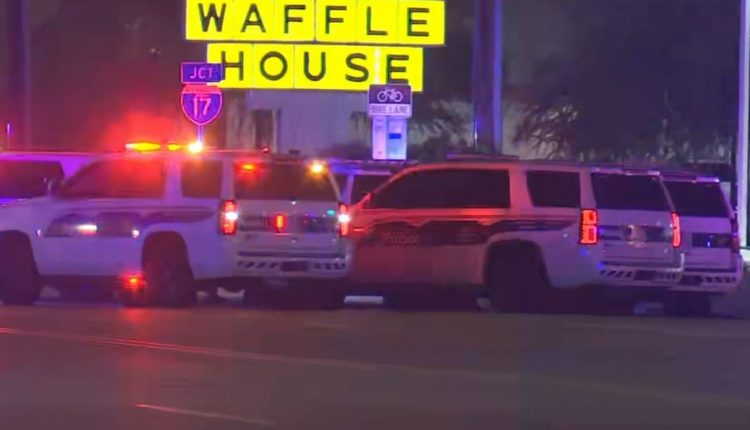 PHOENIX (3TV/CBS 5) – Two Phoenix police officers have been injured during a shooting in north Phoenix.

Phoenix police say that the shooting happened near 26th Ave and Deer Valley after the officers were responding to reports of a shooting at the Days Inn just west of Interstate 17. Both officers are being treated at the hospital, and officials say they are both in stable condition.

Two Phoenix officers have been hospitalized after a shooting tonight in Phoenix.

No suspect has been identified yet, and what led up to the shooting is still under investigation. The Deer Valley Road offramp and Pinnacle Peak frontage road are closed due to a heavy police presence, and drivers are being asked to avoid the area.

No further details are available at this time. This story is still developing.

Galactus’s Mother May be The Most Dangerous Phoenix Force Host