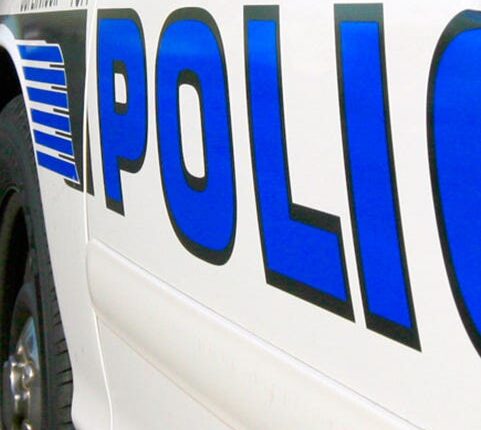 Chandler mother Shae’d Bowen will serve 10-and-a-half years in prison for manslaughter in the overdose death of her 2-year-old daughter and the intoxication of her older 7-year-old daughter.

On the morning of April 14, 2020, Chandler police and emergency crews got a call about a 2-year-old girl who was not moving and found that the girl had overdosed and died. They also found a 7-year-old acting intoxicated, a police report said.

Both girls tested positive for methadone, a drug prescribed to Bowen, according to court records. Methadone is typically used to treat pain and opioid use disorder, but it was not explicitly stated why Bowen had been prescribed the drug.

Due to COVID-19 pandemic conditions, court records stated that she had been given multiple doses to take home.

Bowen told police that the 7-year-old must have gotten a hold of one of her bottles and opened it, according to a police report.

Officers tested the 7-year-old by giving her bottles to open and hold and she could not open any of them, court records showed.

Police said the 7-year-old told them Bowen would give them “obedience medicine” at night, court records said.

After a yearlong investigation, police said they found that the amount of methadone in both girls was more than could have been taken from a single bottle. They arrested Bowen on July 7, 2021.

The father of the 2-year-old, Justin Glass, told the court that his relationship with Bowen had been rocky and Bowen would ban him from seeing his daughter. But the night before her death, Bowen called him and asked if he would take her, according to court records. He thought she knew something was wrong that night.

Carla Brooks, the grandmother of the 7-year-old and her legal guardian, asked that Bowen get at least 15 years in prison so that by the time Bowen is released, the 7-year-old would be old enough to protect herself and make up her own mind about seeing her mother, court records said.

Steiner attached a lifetime injunction on Bowen, banning her from seeing or making contact with the 7-year-old. This type of injunction remains in place unless the victim submits a request to end it, or the victim dies.

Ramon Mendez will serve 15 years for manslaughter after a shooting that left one person dead at a west Phoenix park.

Mendez, 22, pleaded guilty to manslaughter and three counts of aggravated assault on Sept. 14.

Maricopa Superior Court Judge William Wingard sentenced Mendez to 15 years in prison to be served concurrently with 7.5 years for the aggravated assault charges.

On April 10, 2021, police found Daniel Olivas dead at Cielito Park near 35th Avenue and Camelback Road after being shot at in close range.

Earlier that night, Mendez walked up to a group of four young men, ages 16 to 20, at Cielito Park, asked them where they were from and pulled a gun out. The group saw the gun and scattered into separate cars driving off, according to a police report.

Mendez shot at one of the cars as it drove off, according to a witness statement in the police report.

John Jones, one of the four men who were shot at, got home and told his dad and a neighbor, Daniel Olivas, what happened, a police report said.

Olivas got into his car and drove to the park while Jones, two friends, and Jones’ father followed in separate cars, according to Jones in the police report.

Olivas pulled into the parking lot, and Mendez walked up to the driver’s side window holding a gun behind his back, according to the police report.

Jones told police he saw Mendez step back and shoot Olivas. Jones then drove into Mendez, trying to stop him from shooting anyone else.

Jones’ father held Mendez down while they waited for police.

Police arrested Mendez, who said that he was arguing with a man when someone hit him with a tree branch, and he shot at them.

This reporting follows crimes The Republic began to cover in 2021 and is part of our commitment to tell the story from start to finish.

This article originally appeared on Arizona Republic: Chandler mother will serve time in prison for manslaughter