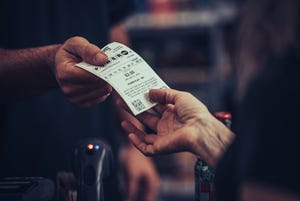 Two lottery tickets purchased in the Valley won big for their owners over the weekend.

Sue Kern-Fleischer, director of public relations with marketing agency OH Partners, said one of the tickets won The Pick’s $1.4 million jackpot on Saturday and was sold at a Basha’s near Hayden and Indian School roads in Scottsdale. The winning numbers were 4, 9, 10, 27, 39, 40.

A second lottery ticket sold won the Fantasy Vive’s $414,000 jackpot on Sunday and was sold at Brother’s Food Mart near Broadway Road and Sal Vista Drive in Mesa, Kern-Fleischer said. The numbers were 10, 11, 12, 24, 29.

Core Flesher did not say whether the two tickets had been redeemed.

They Thought They Were Buying Obamacare Plans. What They Got Wasn’t Insurance.