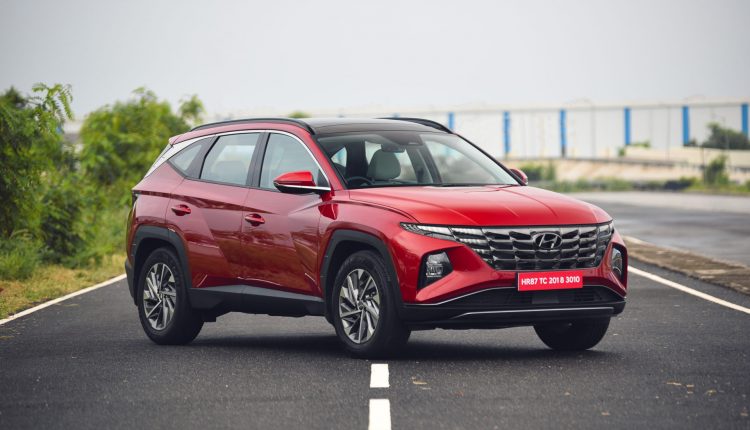 2022 Hyundai Tucson: How Value For Money Is It?

Hyundai recently launched the much-awaited Tucson premium SUV between ₹27.7 and ₹34.39 lakh ex-showroom. Though the new generation of Tucson may demand a sizeable premium over its predecessor, the SUV has made a huge leap in terms of every aspect. However, is the SUV a value-for-money proposition? Let’s compare it to its peers and SUVs from other segments to get an idea about its pricing:

Also read: 2022 Hyundai Tucson: The Safest SUV That You Can Buy Under ₹50 Lakh Today!

It may seem an absurd comparison but let’s compare the Tucson to the Creta which sits a segment below. The price difference between the top-end Creta turbo-petrol automatic and the Tucson Platinum petrol automatic is almost ₹11 lakh. However, the extra ₹11 lakh offers you so much more. Firstly, Tucson is sold in much more developed countries with higher standards. This means that Tucson is built to a much higher standard than its sibling. Since it’s a CKD, you won’t be compromising on the quality either! Being a size bigger, the Tucson offers you much more interior and boot space as well. 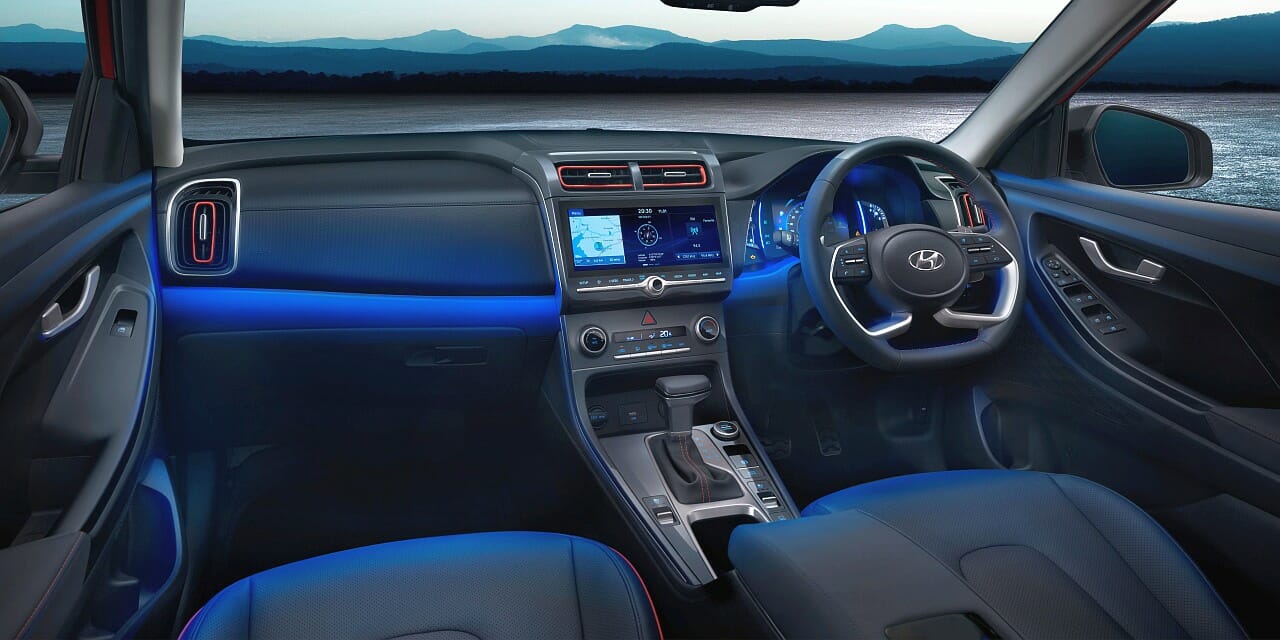 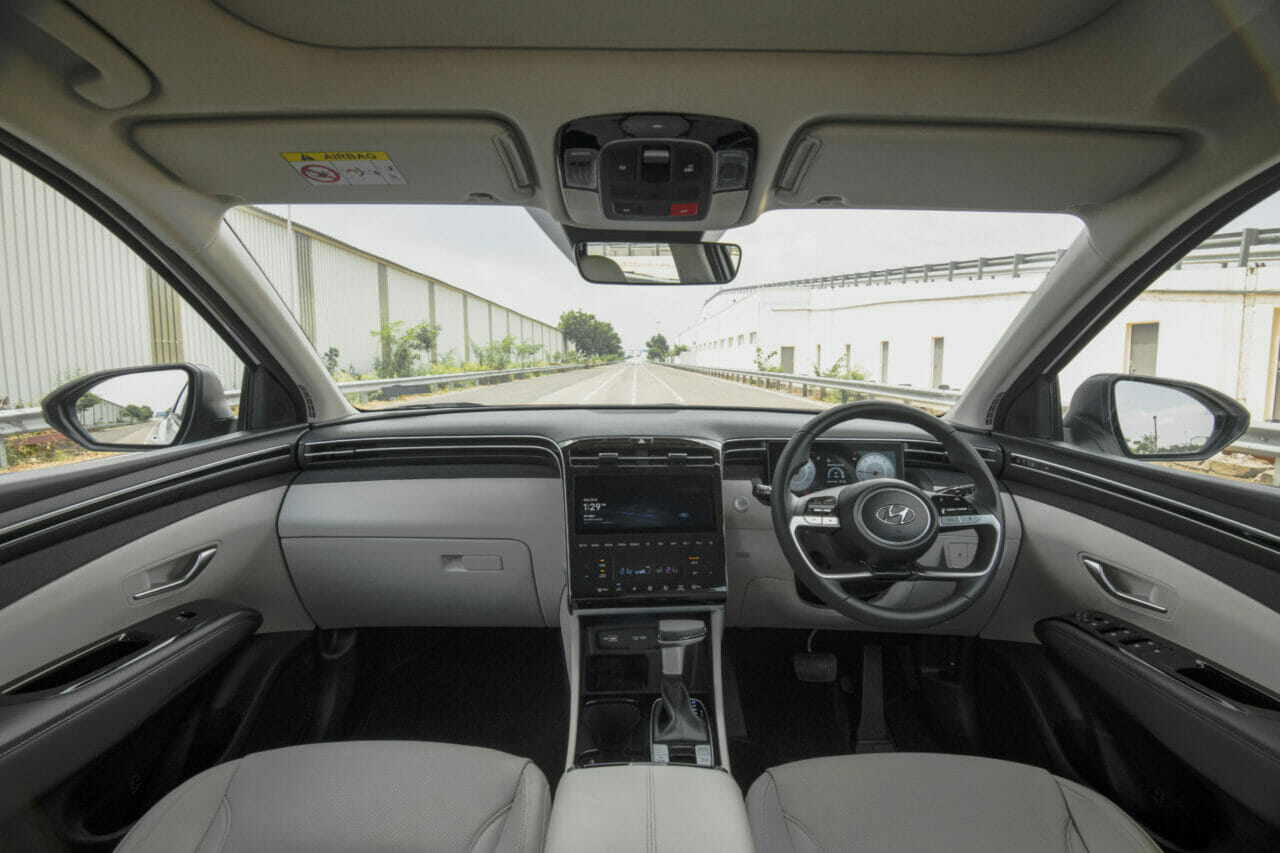 Even in terms of features, the Tucson offers everything the Creta offers and then some more. The Tucson also offers much more powerful 2-liter diesel and petrol powertrains when compared to the Creta. Lastly, the Tucson is much safer thanks to its Hyundai Smartsense ADAS suite which the Creta lacks. Though a Creta buyer may not look at the Tucson, this comparison is a good reminder of how much of a difference it makes when you jump from the mid-size SUV to a premium SUV. 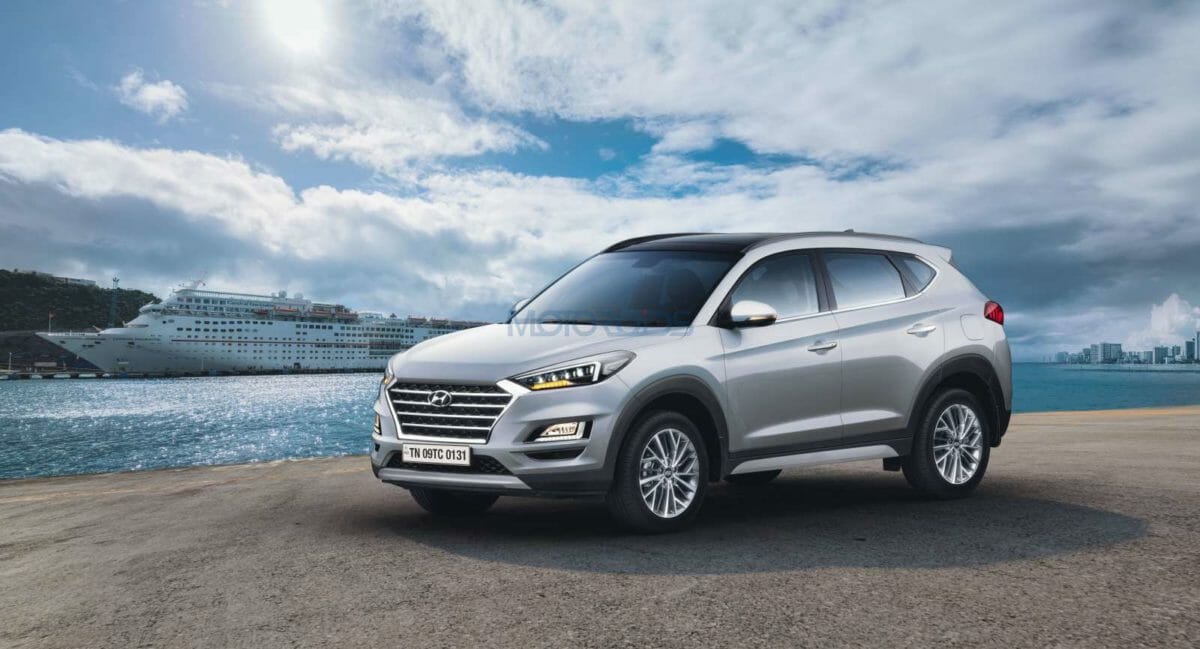 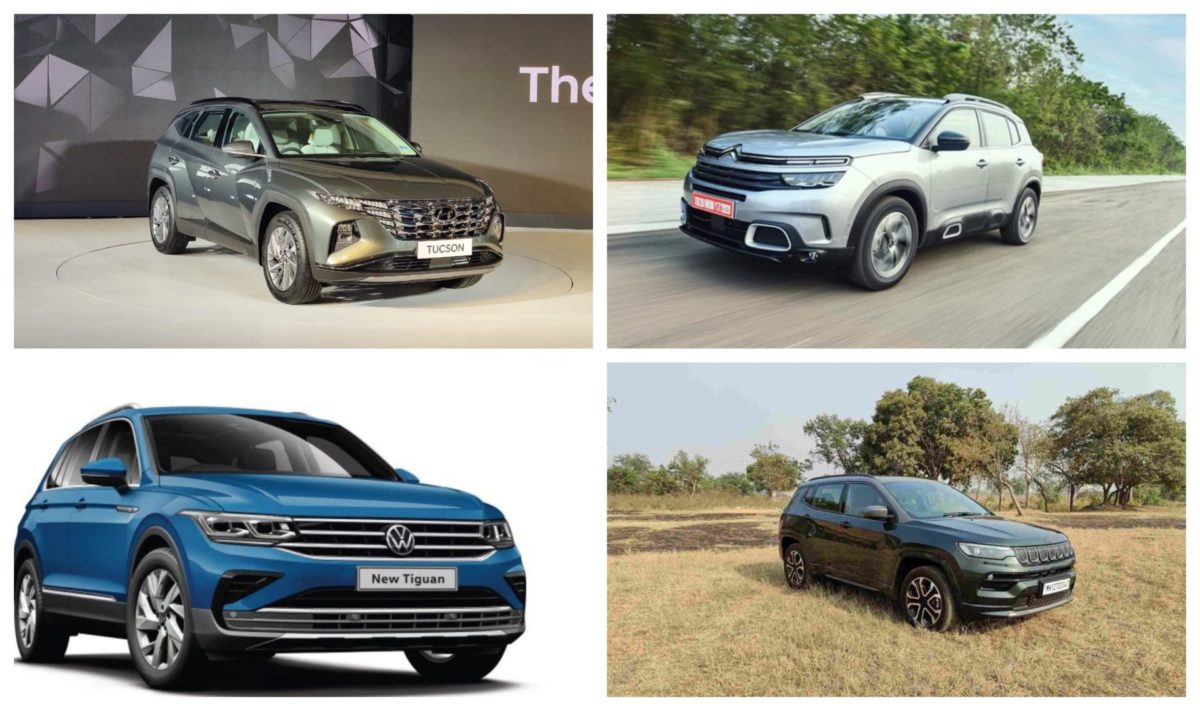 The new Tucson offers the most bang for the buck when we compare it to its competition. Being the newest car in the segment, the Tucson is the most futuristic looking of the lot. Cars like the Citroen C5 Aircross, Jeep Compass, and Volkswagen Tiguan may look good in their own right, however, if turning heads is what you’re after, the Tucson should be your pick. The new Tucson brings in an entirely new design language from the Korean carmaker. The front is dominated by a big dark chrome parametric grille that houses the Hyundai logo and a camera. The LED DRLs are neatly integrated into the parametric grille especially when they are not lit up. 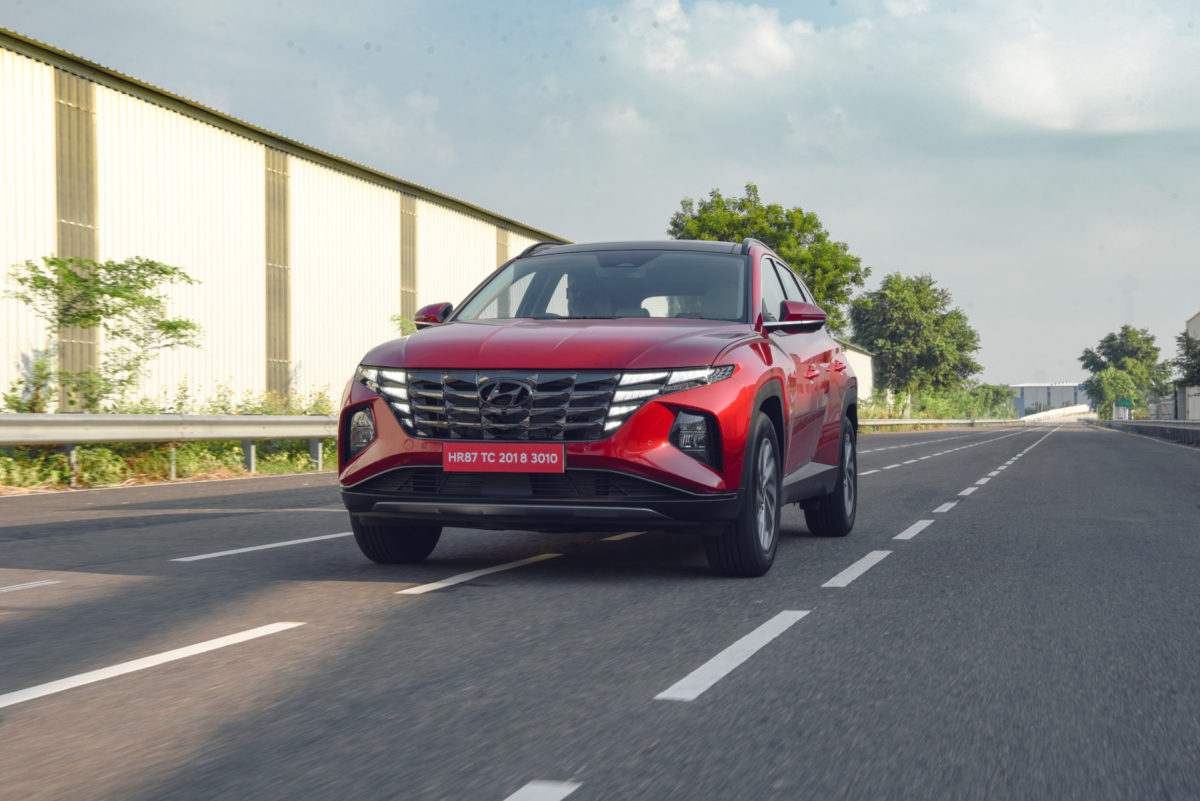 The LED headlights are placed lower down in the bumper. This makes the front fascia of Tucson one of the biggest talking points when it comes to design. Being a Hyundai, the new Tucson also offers the most amount of features in its segment including heated and ventilated leather electric seats with memory function for the driver, a 10.25-inch infotainment system with Android Auto and Apple Carplay, a 10.25-inch digital cluster , 8 speaker Bose sound system, dual-zone A/C with touch-sensitive buttons, Hyundai Bluelink connected car technology, a button for rear passenger seat to control the front passenger seat, 64 color ambient lighting, and a 360-degree camera with blind view monitor to name a few. 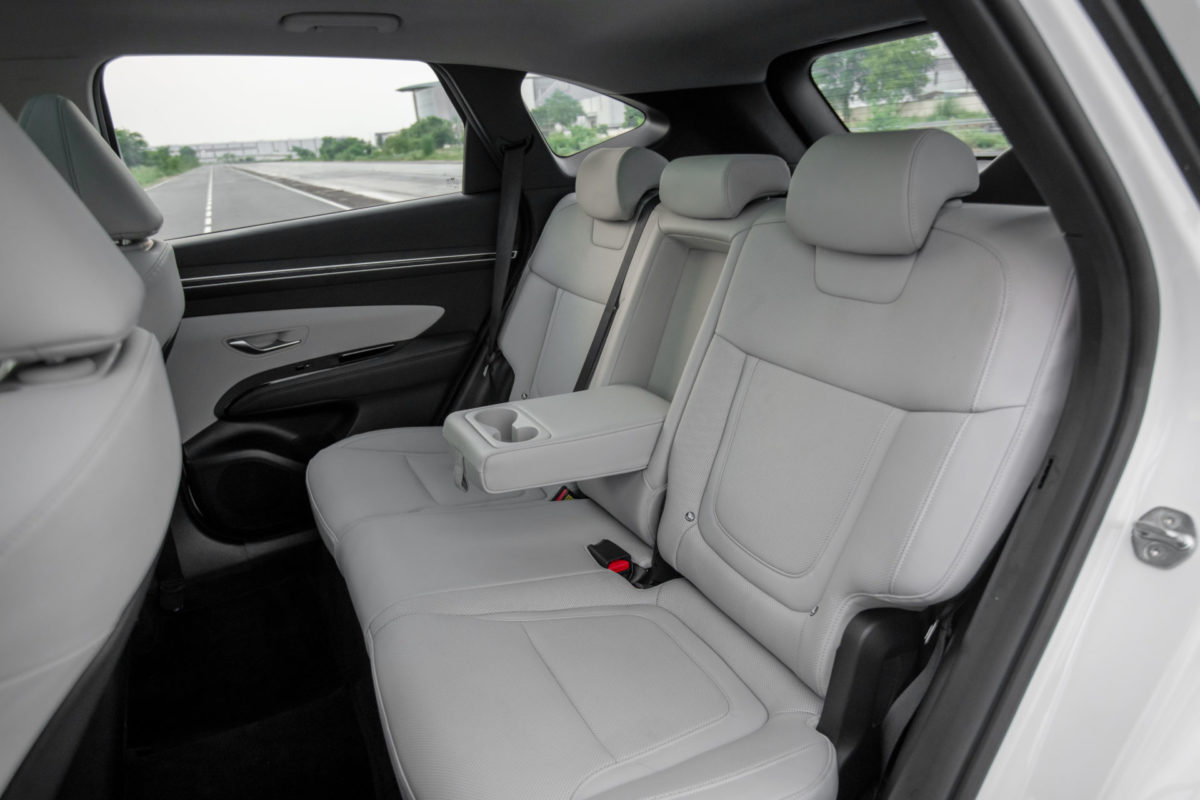 The Tucson is also the safest car in its segment with its Level 2 ADAS capabilities which no other car in the segment offers. Lastly, the Tucson is one of the cars in the segment to offer the option of both, petrol and diesel engine options. Cars like the Citroen C5 Aircross and Volkswagen Tiguan are offered exclusively with diesel and petrol powertrains respectively. It also has the most powerful diesel engine in its segment which is the icing on the cake. 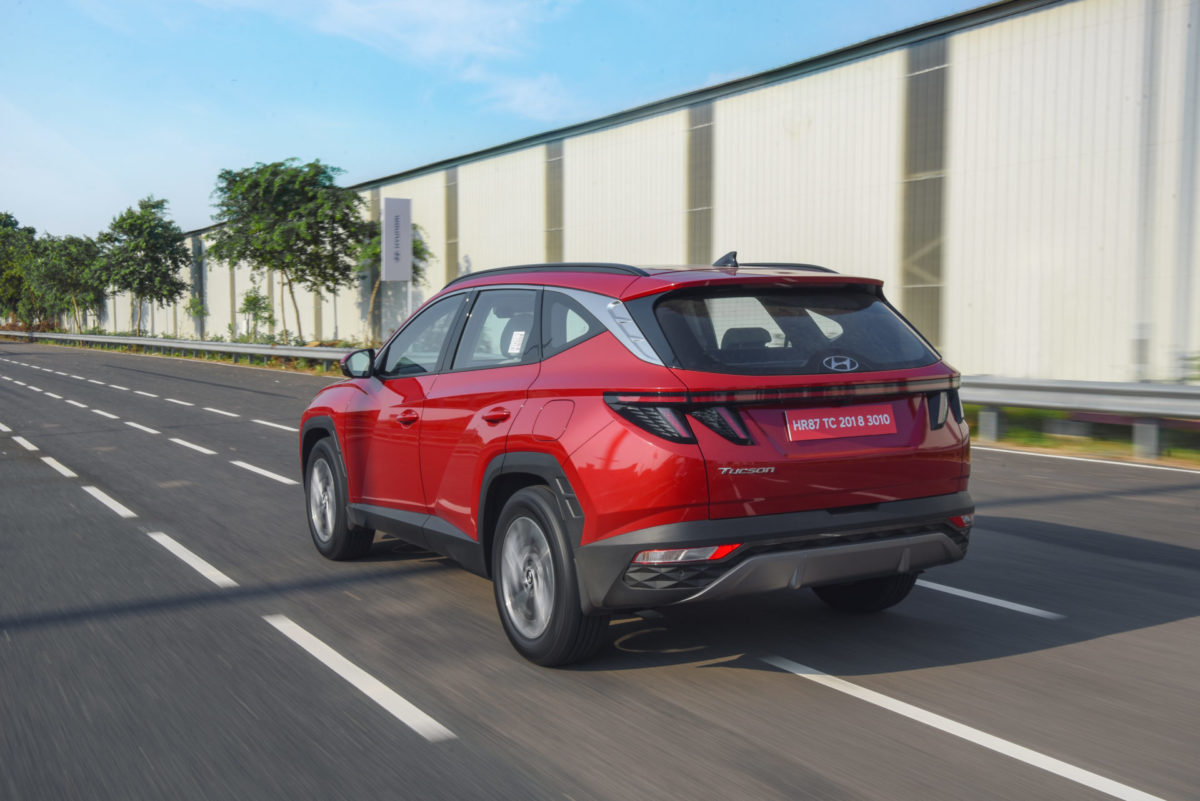 The new Tucson may seem overpriced when you look at it in isolation. However, compare it to its competition and siblings and you will be surprised to see how much it offers for the price. In fact, the SUV even punches above its weight and offers more than SUVs which are priced at more than ₹50 lakh! It is then no mystery as to why Tucson has become so successful with 3000 bookings achieved even before it was launched!