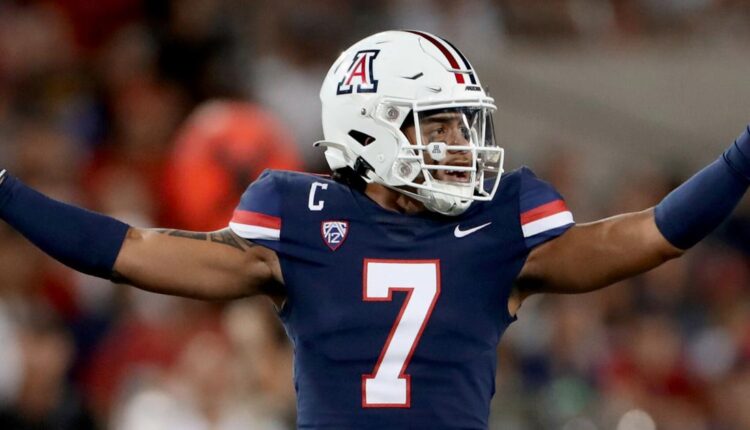 There is nothing better than hope. The New Year brings with it renewed anticipation, crossed fingers and a new set of resolutions. It offers us goals and opportunity.

For Arizona and Tucson sports, it offers a chance for achievement unmatched in years — maybe decades.

Here’s a look ahead to the biggest Tucson sports stories of 2023:

The Arizona baseball team got off to a good start under Chip Hale. Now it’s time to get off to a great start.

In Year 2, the retooled Wildcats have the talent for a good run, if Hale can fix a pitching staff that sported a 5.04 ERA and surrendered a .270 opposing batting average. Arizona has ample pitching prospects coming in — if even four of them come of age early, the Wildcats should be in a good position.

Before 2019, it had been a decade since the Arizona softball team last advanced to the Women’s College World Series. Then the Wildcats made it in ’19 and again in ’21 and ’22, and probably would’ve made it in 2020 had the season been played to completion.

Now Arizona has a chance to win the WCWS for the first time since 2007, when the program won the last of its eight championships.

On the pitch? Perfect

Arizona improved from 5-13 in 2021 to 8-7-3 in 2022, playing its best soccer down the stretch. The Cats went 4-1-1 in their last six contests, though the season ended on a sour note with a loss at Arizona State. The rivalry defeat likely kept the UA out of the NCAA Tournament.

Texas running back Bijan Robinson could become the highest-drafted Tucsonan in NFL history.

Robinson is skipping his final college season for the pros and, in April, will have a chance to become the highest-drafted Tucson-born football player in history. Draft experts project the dynamic Robinson as a first-round pick.

Arizona’s Azuolas Tubelis and Oumar Ballo are proving to be the most effective 1-2 punch in college basketball. Certainly, they’re the best in the Pac-12.

The Wildcats big men enter 2023 leading the league in scoring and rebounding and second in both categories.

Tubelis has a huge scoring advantage at 20.08 points per game, well above Ballo’s 17.77 heading into Saturday. Ballo, though, is averaging 9.08 rebounds to Tubelis’ 8.69.

Heading into the weekend, Arizona’s Kerr Kriisa led the league in assists per game. So maybe it’s a Big 3, rather than twin towers.

In 2022, with UA quarterback Jayden de Laura tossing bombs, Jacob Cowing and Dorian Singer both topped 1,000 yards, becoming the first duo to break the prestigious mark in Arizona history. Singer has since transferred to USC, but all is not lost in Tucson.

At times, de Laura found his best weapon in true freshman Tetairoa McMillan. With de Laura having a year of seasoning under Jedd Fisch’s scheme, a 4,000-yard season could be in the offing, and Cowing and McMillan stood to benefit.

LIV at The Gallery

In mid-March, the LIV Golf League will head to The Gallery Golf Club in Marana for a three-day event that could include stars such as Carlos Ortiz, Dustin Johnson, Phil Mickelson, Sergio Garcia, Brooks Koepka, Bryson DeChambeau and Cameron Smith , among others.

The upstart golf league, helmed by Greg Norman and backed by Saudi Arabian royals, has been a thorn in the side of the PGA Tour.

LIV Golf has also announced tournaments in Australia, Singapore, Spain and Oklahoma, among others.

Coach Adia Barnes and the Wildcats are ranked No. 18 nationally heading into a tough stretch that begins with Monday’s showdown against No. 2Stanford.


Barnes, Wildcats back in business

Two years after their first NCAA Tournament championship game, the Arizona women’s basketball team has wide eyes once again after a hot start.

With the Wildcats at 11-1 heading into Saturday night’s game at Cal, things are lining up nicely. Arizona’s lone loss this season was to Kansas on Dec. 18, and the Wildcats have a significant win over No. 18 Baylor.

A tough league matchup lurks early in conference play. On Monday, the Cats travel to No. 2Stanford.

Bound for a bowl?

It’s been a half-decade since the Arizona football team has been bowl-eligible. In 2017, the Wildcats played in the Foster Farms Bowl, where they lost to the Purdue by a field goal. Since then, it’s been a bunch of misery. (And a couple coaching changes).

But the Wildcats are knocking, that’s for sure. They went 5-7 last year after losing four straight in the middle of the conference schedule to a tough gauntlet of Pac-12 teams.

Beating UCLA on the road in Week 11 and defeating Arizona State in the Territorial Cup season finale bodes well for the future.

Is this the year?

It’s impossible to predict these things, but Arizona looks set up for an extended run in the NCAA Tournament. Veterans across the floor. Experience under Tommy Lloyd. A heady backcourt. A punishing frontcourt.

It’s reminiscent of the TJ McConnell/Rondae Hollis-Jefferson/Kaleb Tarczewski teams of the mid-2010s. It remains hard to believe that the Wildcats of that era did not make the Final Four. But if Arizona’s top players perform when it matters, the Cats have a good shot this year.