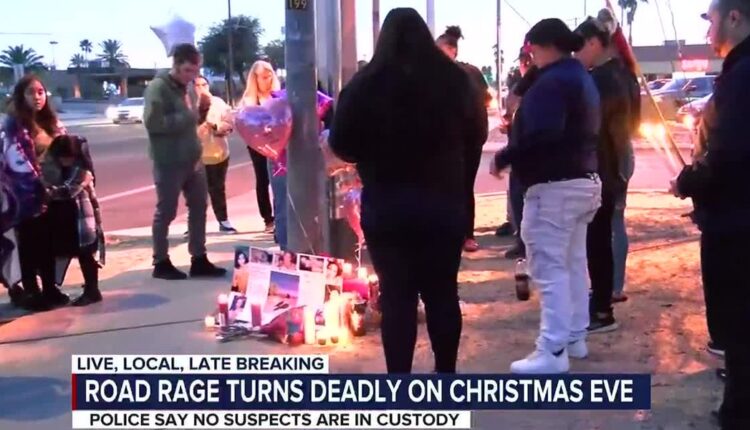 TUCSON, Ariz. (KOLD News 13) – A case of road rage ends the life of a young woman on Tucson’s east side, according to Tucson Police.

The TPD says say one woman is dead after someone shot at the vehicle she was a passenger in on Christmas Eve.

This happened near Speedway and Swan.

21-year-old Jada Thompson was in a vehicle going northbound here on swan that night. Her friends said someone in another vehicle shot at the vehicle she was in and struck her. On Tuesday, dozens of her family and friends gathered to remember her life.

Thompson was first taken to TMC with life threatening injuries and then later sent to Banner’s Trauma Center because her injuries were so severe. She died at the hospital Christmas Day.

Thompson’s girlfriend was driving the vehicle that was shot at that night.

“I just remember we were driving and a car was flashing their lights at me and pulled up almost next to us and kind of behind us and they just started shooting,” said Kim Urbina, Thompson’s girlfriend.

Family and friends set up a memorial for her near Speedway and Swan. They brought candles, balloons, posters and talked about their love for Thompson.

“I met Jada back in third grade in elementary school and we just automatically always clicked, but as you grow up you always depart. But we always kept in contact with each other,” Alize Edwards, one of Thompson’s friends, said. “Throughout the last three and a half years, she’s been there for me.”

Right now, my friends and family are working to raise money for funeral preparations.

“She had a really big heart and I don’t think a lot of people got to see that side of her and she was real sweet,” Thompson’s uncle, Willis St. Ores added.

There are currently no suspects in custody and TPD says they are still working to determine the motive.

“If they were around the area, please speak out because that could go a long way. Any detail will go a long way,” Edwards said.

The investigation is ongoing and details are still very limited.

Anyone with any information is asked to contact 88-CRIME. You can remain anonymous.