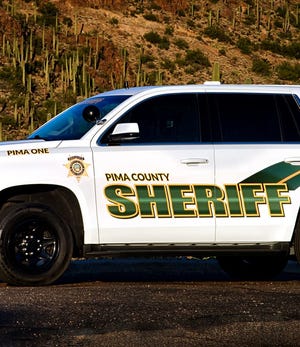 Officials were investigating the death of a man who was incarcerated at a Pima County jail in Tucson and was found unresponsive on Tuesday morning.

Around 9:30 am, a doctor was doing a follow-up at the Pima County Adult Detention Complex after corrections officers reported that a man wasn’t eating, according to a Pima County Sheriff’s Department news release.

The man, later identified as Yunan Mohammed Altib Tutu, 26, was found unresponsive in the cell. The doctor pronounced him dead.

Detectives visited the jail and found no signs of trauma or suspicious circumstances, according to the Sheriff’s Office. The cause of Tutu’s death was unknown as of Tuesday night.

Tutu had been booked into jail on July 10, 2022, for burglary and multiple warrants.

This is the second death within a month at the Pima County Adult Detention Complex.

Deaths in Arizona prisons and jails

On Dec 16, Robert Tsalabounis, 38, was found unresponsive in his cell and later pronounced dead. No signs of trauma and no suspicious circumstances were found by detectives who visited the jail, according to the Sheriff’s Office.

The cause of his death was being investigated.

In November, a family filed a lawsuit against Pima County and other officials after Sylvestre Inzunza, 18, overdosed twice on fentanyl within the same week in the Pima County Adult Detention Complex and died.

The lawsuit alleges Pima County Adult Detention Center was woefully understaffed, cultivating an environment where guards and medical staff failed to check on Inzunza’s condition for hours despite being in a pod designated for inmates who are detoxing.

Across the state, The Arizona Republic found that at least once a month, someone died during an arrest or in a county jail.

Advocates and criminal-justice experts say discrepancies in reporting and investigating these in-custody deaths make it difficult to know how widespread a problem they are or to address the underlying causes.

In Arizona, The Republic found at least 64 cases in which a person died in a county jail or during an arrest between Jan. 1, 2017, and Aug. 4, 2020. On average, that means it happens every 21 days, based on The Republic’s data.

Perry Vandell and Juliette Rihl contributed to this report.