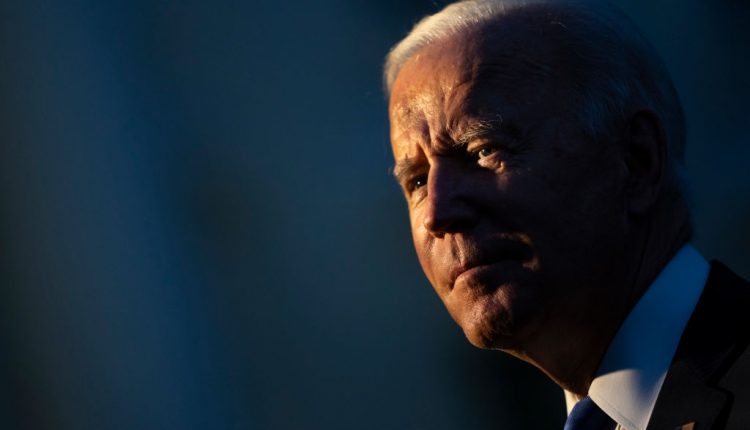 3 big reasons why the Biden climate agenda is floundering

President Joe Biden’s climate agenda took a hit this month when the Interior Department said it would open 144,000 acres of federal land up for oil and gas development to comply with a court order to restart fossil fuel development.

The announcement marked yet another setback for a presidential climate plan that was once seen as historically ambitious.

Biden’s signature climate bill has gone nowhere in the U.S. Senate, he’s called for more domestic fossil fuel production to combat rising gas prices, and members of his own party doubt whether he can meet goals for a U.S. transition to electric vehicles.

After noting climate as one of four crises facing the nation during his 2020 campaign, Biden gave it only a passing mention in his State of the Union address in March.

The White House defense on the oil and gas leases is that a court order forced adoption of a policy contrary to Biden’s climate objectives. Accompanying the move was a raise in the royalty rates for energy companies drilling on federal land, a reform long sought by environmental advocates.

But it still represented a departure from the president’s campaign rhetoric that promised no more drilling on federal lands, and it was met with derision by some environmental advocates.

Randi Spivak, the public lands director for the Center for Biological Diversity, called it “a reckless failure of climate leadership.”

Other advocacy groups were more understanding — the National Wildlife Federation, for example, stressed provisions of the restart that raised rates for fossil fuel development and limited the area that would be available.

What the last year has shown us is that the Biden administration trying to calibrate action to the whims of certain senators or congresspeople or midterm elections has been sort of a fool’s errand.

As the nation celebrates Earth Day on Friday, the administration has said it is still committed to climate action.

The evidence? Biden’s move to rejoin the Paris Climate Agreement, funding to target carbon reduction and electric vehicles in last year’s transportation infrastructure law, and a goal set to reduce carbon emissions by 50 to 52% below 2005 levels by 2030.

“The press and the pundits may want to declare President Biden’s climate agenda dead,” an administration official said at a press briefing Monday. “But this week, we will show how it is very much alive and well.”

Here are three big reasons why the White House has struggled with its climate agenda.

During the presidential campaign, Biden pledged to end new fossil fuel development on federal lands. He followed through on that promise on his first day in office, issuing an executive order to pause new oil and gas leases as the administration reviewed the program and its impact on climate change.

A federal judge, though, U.S. District Judge Terry Doughty in Louisiana, found the executive order was illegal and ordered the administration to restart leasing.

In a tweet, Interior Secretary Deb Haaland said that the order forced the new oil and gas lease sales.

She noted the parcels available for lease were decreased 80% from what had been nominated for leases in 2021 and touted the raise in royalty rates from 12.5% to 18.75%.

White House press secretary Jen Psaki said the move “was the result of a court injunction that we continue to appeal. And it’s not in line with the president’s policy.”

House Natural Resources Chairman Raúl Grijalva, an Arizona Democrat and former chairman of the Congressional Progressive Caucus who has pushed the Biden administration for more ambitious climate action, accepted that the court order forced the administration’s hand and credited Haaland with the reforms.

“I’m glad we finally have an administration that recognizes that the status quo for our oil and gas leasing program is a rip-off for the American people,” Chair Grijalva said.

But some outside groups called it a violation of Biden’s campaign pledge.

Kyle Tisdel, director of energy and climate at the environmental legal group Western Environmental Law Center, said in an interview the administration had options, even after the “flawed” injunction from Doughty.

The court order only said the administration could not issue a blanket pause on new leases, he said. But the Bureau of Land Management could still decline to issues new leases on a case-by-case basis, he said.

Bipartisan members of the House and Senate passed a $1.2 trillion infrastructure bill that the administration helped steer and Biden signed last year.

A group of progressive lawmakers almost sank the measure over concerns it would exacerbate — not solve — the climate crisis. The administration and congressional leaders promised to pair the infrastructure bill with a sweeping $3.5 trillion bill that would include major climate provisions.

The House passed the larger bill, but the Senate never took it up. West Virginia Democrat Joe Manchin III came out against the legislation in December. With no Republican support, Manchin’s opposition doomed the bill in the evenly divided Senate.

“What the last year has shown us is that the Biden administration trying to calibrate action to the whims of certain senators or congresspeople or midterm elections has been sort of a fool’s errand,” Tisdel said.

Some members of Congress remain optimistic that a climate bill can be passed. Manchin has indicated an openness to supporting the clean energy tax credits in the Biden plan, but also has said that negotiations on the so-called Build Back Better plan must start from scratch.

“All eyes are rightly on the Biden administration and on Congress to pass transformative climate investments,” Heinrich said. “We need to deliver.”

Biden’s State of the Union address this year focused on the war in Ukraine, then just days old, and spiking prices for consumer goods — including energy.

His top priority, he said, was “getting prices under control.”

The drive to cut costs seemed to displace climate action, which he only mentioned twice, once in the context of lowering energy prices.

To address rising prices in the short term, Biden has also called on domestic producers to pump more oil and has released millions of barrels of oil from the Strategic Petroleum Reserve, a complex of underground storage caverns in Louisiana and Texas.

Biden, in Iowa, also waived a regulation banning sales of the ethanol blend E15 during the summer months. The Environmental Protection Agency normally doesn’t allow sales from June to mid-September due to concerns over air pollution.

Julie McNamara, a deputy policy director with the climate and energy program at the Union of Concerned Scientists, a climate advocacy group, said using rising energy prices to make the case should be an opportunity to hasten a transition away from fossil fuels to less volatile energy sources.

“We’re seeing a push from the fossil fuel industry and their supporters to increase our dependence on fossil fuels, to increase production and fighting back against clean energy,” she said.

“When every indicator says now is the time to be doubling down on our commitment to this clean energy transition.”