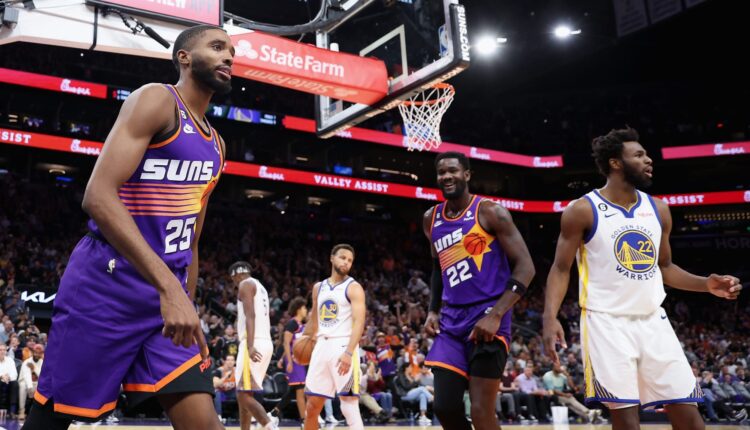 3 Keys to Phoenix Suns getting right at the Houston Rockets

Having lost five of their last six games, the Phoenix Suns play the team that started their skid, Houston, so how will the Suns get right against the Rockets?

The NBA is a game of streaks, whether a scoring streak, a winning streak, or a losing streak, and in the last two weeks, the Phoenix Suns have experienced all three. Of course, the six-game winning streak overlapped with Devin Booker’s 45+ point scoring run and Deandre Ayton playing some lights-out basketball. Since that run, the Suns have lost five of six, including four straight, as they head to Houston to play a Rockets team who started the Suns down this windy road of losses in Phoenix.

Several factors played into the home loss to Houston back on December second. The Suns outshot Houston from the floor, making five more baskets (45 to 40) and shooting a higher percentage (53% to 49%). Likewise, the Suns dominated from three-point range, making nine more than the Rockets. However, the free-throw disparity was alarming.

It was a game the Suns let slip away, and they paid the price. However, in the NBA, you almost always get another chance, and Tuesday is the Suns’ chance to get right against the Rockets and should follow these three keys to victory.

Key 1: Phoenix needs to get Deandre involved and keep him involved

Over the season’s last month, the Suns’ big man has stepped up his game on all fronts. His scoring, rebounding, and assists are all up after a slow start hampered by an early season injury. Of late, Deandre looks like the player the Suns awarded a huge contract to over the summer. That was not the case in the Suns’ last match-up against Houston.

Although those free throw misses are easy to peg for the defeat, so too is the fact Ayton only shot the ball seven times, scoring eight points and grabbing six rebounds. The Suns were shooting well against Houston but struggled to convert down the stretch. Establishing Ayton early will help him work late as well.

Ayton is shooting a ridiculous 70.8% from the field over the six games in December, and the Suns need to maximize that hot hand. 20 to 25 is not enough for this depleted team; Phoenix needs Ayton to go for 30+, especially if Booker is out. If Ayton gets going, Houston has no answer.

Key 2: The Suns’ bench needs to be better than before

Just as Ayton had a quiet evening against the Rocket on December 2nd, the Suns’ bench was flat-out bad. Phoenix did get five threes from the group, but as a whole, the bench was outscored 37 to 27 by Houston’s bench, and every single bench player had a negative plus/minus.

The bench was short-handed as the previous match-up was before Chris Paul returned, and Payne was in the starting line-up, as was Dario Saric, as the Suns tried to go a bit bigger to match up with a big Rockets front lines.

With Booker potentially out or even limited, the bench may again be short, so someone is going to have to step up, whether it is Landry Shamet, Damion Lee, or Jock Landale; the Suns are going to need at least one bench player to have a big night.

Key 3: Controlling the fourth quarter used to be the Suns’ thing and needs to be again

Over the last several close games – Dallas and Boston don’t apply – the Suns have lost the game in the fourth quarter, which started with the loss to the Rockets. Phoenix had a 10-point lead entering the fourth quarter that day, 96 to 86, yet managed to give up more points (36) than they had in any quarter of the game and scored fewer (25) than in any quarter. The result was a one-point loss and the start of a trend that has been tough to shake.

With or without DBook against Houston, the Suns should have Paul, and now is the time for CP3 to start closing some games again.

Last season, the Suns were dominant down the stretch in games, with Booker and Paul dominating possessions and getting whatever shots they wanted.

This season, injuries and absences have made it more difficult for the two to be in sync, including with Booker hampered by an injury. Thus, the Suns need Paul to step up, much like Booker did when CP3 was out. Controlling the game down the stretch and getting big buckets from their big man from the pick and roll can put the Rockets away.

When Ayton opens, the bench produces, and Paul can close the show, the Suns will be on their way to getting right, which is what facing the Rockets should be about.