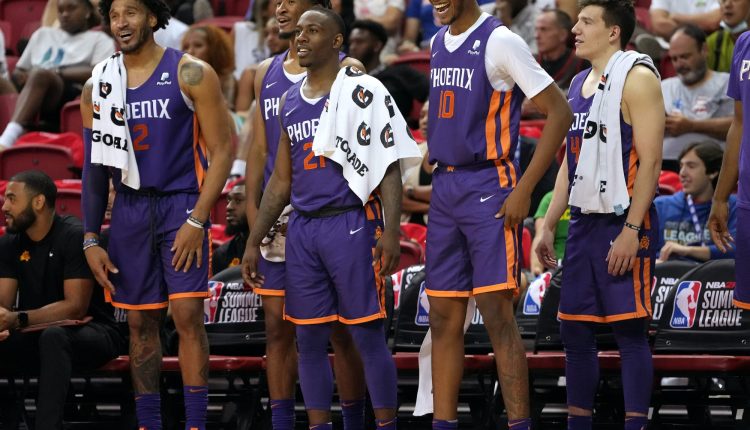 The Phoenix Suns’ “veteran” Summer League team experienced an up-and-down tournament finishing with a 3-2 record. But even with their bumps in the road, they finished one game behind the eventual champion Portland Trail Blazers.

The summer suns finished an impressive +4.8 on the floor and their older squad still carried all the moxie of a younger team while doing so. Those older guys even flashed some skills that might come in handy on Phoenix’s bench during the upcoming season.

With Phoenix getting close enough to championship champagne each of the last two years that it almost dampened their jerseys, their front office needs to kill it this offseason to get the team over the hump. These players could help open the floodgates on that bubbly shower and bring the Larry O’Brien to the Valley.

Phoenix’s role players did not show up in the playoffs last year, plain and simple. The Suns also need to replace JaVale McGee on their bench after he abandoned ship to join the very team that embarrassed the Suns last year, the Dallas Mavericks.

We can add McGee to the revenge list, but his length and size made him valuable as a backup big man and his experience played a pivotal role in improving the Suns as well.

The slack needs picking up, and four Summer League players for the Suns look well equipped to do so. Let’s get into how they did during the tournament and what they can bring to the table if they get that life-changing call-up.

Watch: Why the Public Health System Is Having Trouble Containing Monkeypox