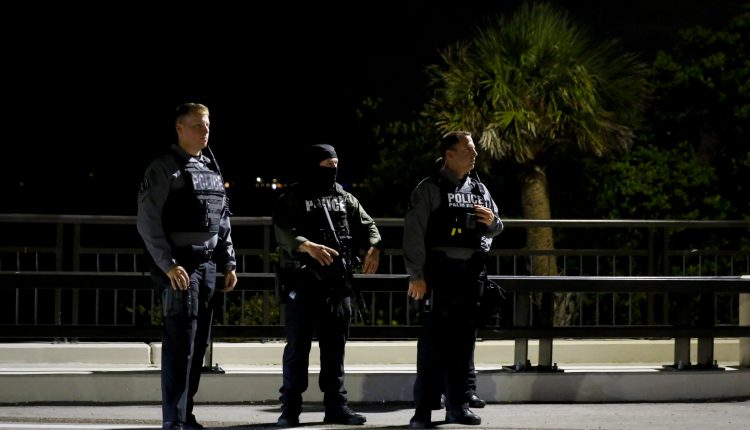 The FBI’s search of former President Donald Trump’s estate on Aug. 8, 2022, caught Trump by surprise – and prompted immediate speculation about exactly why and how the law enforcement agency secured a search warrant.

“My beautiful home, Mar-A-Lago in Palm Beach, Florida, is currently under siege, raided, and occupied by a large group of FBI agents. … They even broke into my safe!” Trump said in a statement released through his political action committee, Save America.

Trump brought 15 boxes of classified materials with him to Mar-a-Lago when he left the White House, and delayed returning the materials to National Archives officials for months.

The FBI and the Department of Justice have not commented on the raid, but the Justice Department is known to be investigating how Trump possibly mishandled government secrets. Trump is also facing other potential charges from the state of Georgia stemming from his alleged interference with the 2020 elections.

Georgia State University legal scholar Clark D. Cunningham, an expert on search warrants and the criminal investigations of interference in the 2020 election, explains what could have led to the raid and what the raid tells us about the state of the federal investigation into Trump’s activities.

Former President Donald Trump speaks to the press from his Mar-a-Lago resort in Palm Beach, Fla., in 2018. Mandel Ngan/AFP via Getty Images

1. There are legal hurdles to getting a search warrant

The U.S. Constitution requires that all search warrants “particularly describe the place to be searched and the … things to be seized.”

This requirement can be traced in part to a famous British case from the 1760s when agents of King George III searched the house of John Wilkes, an opposition member of Parliament, for incriminating papers. The warrant they used was condemned by the courts as a “general warrant” because it did not specifically name Wilkes, his house or the seized papers.

Courts and commentators also criticized the Wilkes warrant because it was based on mere suspicion. The U.S. founders looked to the Wilkes warrant as an example of what the Constitution should prevent and added the Fourth Amendment – requiring that search warrants only be issued “upon probable cause, supported by Oath.”

Only judges can issue search warrants, and they must find, based on sworn testimony, that there is probable cause that such evidence or items will be found in the location described in the warrant.

This means that a judge must have found that there was probable cause that either a crime had been committed, or that Trump was illegally possessing items taken from the White House. The FBI’s request for a search warrant might also have indicated concern that these documents would either be destroyed or moved off of the premises.

In February 2020, then-Attorney General William Barr announced new restrictions that require the FBI and other law enforcement agencies to get permission from the Attorney General before investigating presidential candidates or their staff.

This means that this search would not have taken place without Garland’s approval. Given the generally strong tradition of political independence at the Justice Department, it is not surprising that President Joe Biden and his aides were not informed in advance of the raid and found out on Twitter. 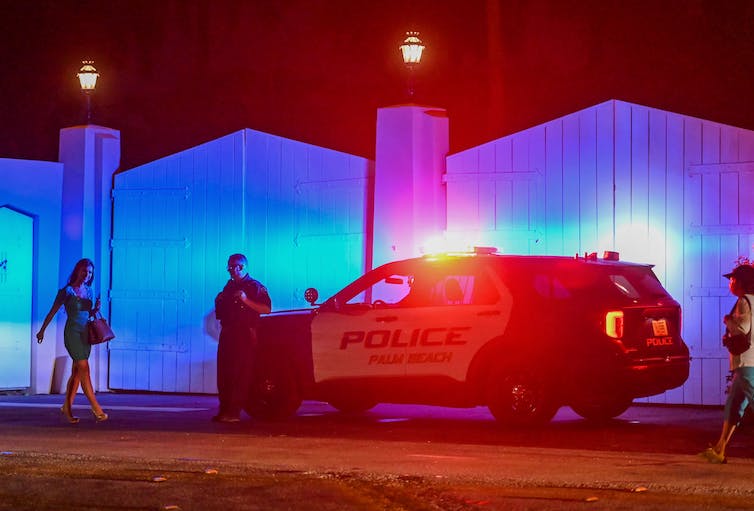 Former President Donald Trump was not at Mar-a-Lago when the FBI searched the premises on Aug. 8, 2022. Giorgio Viera/AFP via Getty Images

3. The FBI might have found more than it was looking for

The Supreme Court ruled in a 1990 case that police executing a warrant that authorized searching for the proceeds of a robbery could also lawfully seize weapons that were in plain view.

Assuming that the FBI’s warrant authorized only searching for classified documents taken from the White House, if the FBI found “in plain view” other evidence of crimes related to the 2020 election or Jan. 6, 2021, Capitol insurrection, they likely could have taken that, as well. 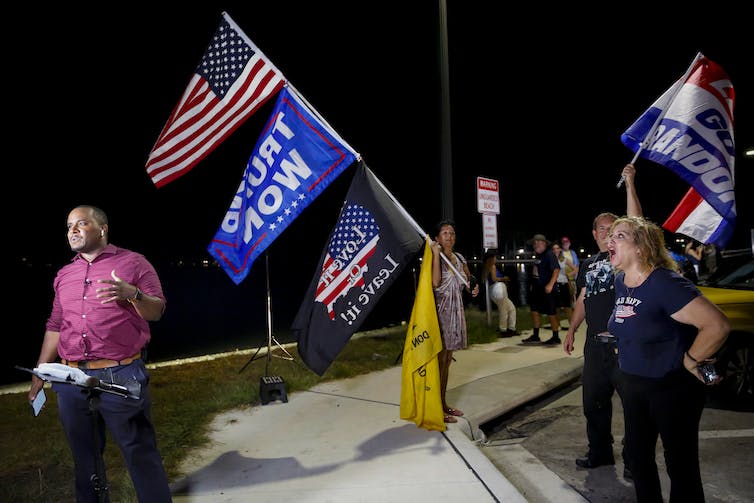 4. There may be a connection with Trump’s possible election interference

A federal grand jury, requested by the Justice Department, has been investigating the presence of potentially classified documents at Mar-a-Lago since at least early May 2022. It seems likely that something has happened recently to cause this urgent search. One possibility is that the search warrant was issued based on information gathered in one or more of the criminal investigations involving 2020 election interference.

In particular, the Department of Justice on July 12, 2022, obtained a warrant to search the cellphone of John Eastman, Trump’s former lawyer. As hearings by the Jan. 6 House committee have revealed, Eastman was a primary architect of the plan to block Congress from certifying Biden’s victory.

There seems little doubt that the Justice Department had compelling, perhaps overwhelming, legal justifications for conducting this unprecedented search of a former president’s home. However, the secrecy required for Justice Department investigations and grand jury proceedings means that the country will have to be patient – the justifications for the search may become public only if and when criminal charges are filed.

This article is republished from The Conversation under a Creative Commons license. Read the original article.