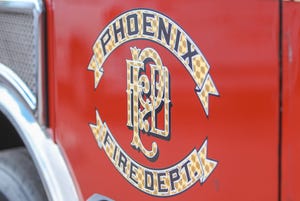 4-year-old in critical condition after near-drowning in Phoenix

A 4-year-old boy is in critical condition after a near-drowning in Phoenix late Saturday morning.

Firefighters received reports of a drowning around 11 am at a residence near 64th Street and Shea Boulevard, according to Phoenix Fire Department spokesperson Cpt. Todd Keller.

Crews arrived on scene to find a 4-year-old boy coughing up water and breathing on his own after he was pulled out of a pool, Keller said.

The child’s family told fire officials the boy was underwater for an unknown amount of time. It was unclear to fire officials if CPR was initiated before they arrived on scene, Keller said.

The boy was taken to a pediatric hospital for treatment, Keller said.

No other information was made available.