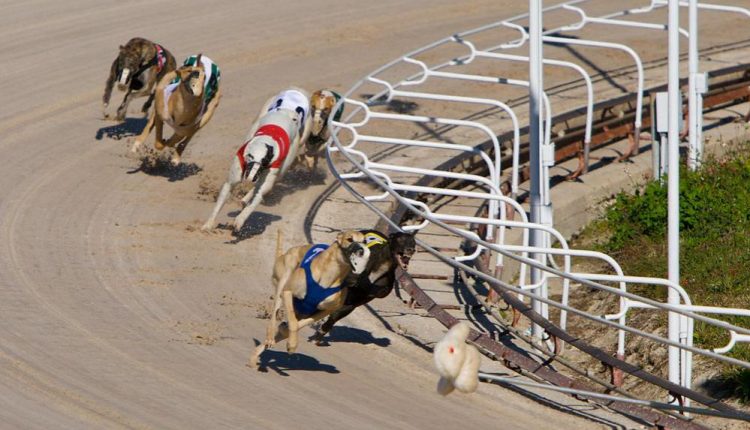 Once considered a prime pastime, dog racing has collapsed in the US, and while the park attempted to pivot toward off-track betting, including hosting simulcasts of major horse races, this hasn’t been enough to keep the venue viable.

“It is with a heavy heart that Tucson Greyhound Park will be ceasing operations between June 20th and June 30th for good,” the owners wrote on Facebook. The last event at the park will be the simulcast of the Belmont Stakes on June 11.

Tucson City Councilman Steve Kozachik, a longtime critic of the park and its treatment of the lanky canines, called the park’s end “none too soon,” and hoped the park’s 60 acres could be developed into a new commercial site.

“The park is closing? Good,” said Kozachik when told of the park’s announcement by a Sentinel reporter.

Park operators didn’t respond to the Sentinel’s requests for comment on the closing, or what the plans are for property near South 4th Avenue and 36th Street.

Greyhound racing began in Arizona in 1935, beginning with racing circuits that moved from county to county. In 1944, one of the major stops in the state became Tucson Greyhound Park, now tucked into South Tucson at 2601 S. 3rd Ave.

However, in 2016, the park halted running greyhounds after Arizona Gov. Doug Ducey signed a bill banning dog racing. This came after years of increasing controversy over the treatment of greyhounds—including the accidental electrocution of two dogs at the park in 2014.

Much of the grandstand clubhouse structure has been closed to the public for years, after it was deemed “unsafe to use” following a 2011 fire. Damage from the blaze has not been repaired.

The dog-racing industry has collapsed across the country, owing to concerns about animal welfare, declining public interest and competition from other kinds of gambling. Nationally, dog racing revenue has dropped from $3.5 billion in 1991 to about $500 million as racetracks have closed, the Associated Press reported.

Dog racing is illegal in most states, and the few active tracks are closing. Iowa’s lone dog racing track lost state-facilitated subsides in January, and the track shuttered in May. Similarly, Arkansas’ own greyhound racing park in West Memphis plans to close by the end of 2022.

“The conditions are cruel to animals, both during the races and during non-racing times,” he said. “The dogs were kept in metal kennels where they could not turn around, and they were often given Anabolic steroids—a practice that wasn’t even hidden in the industry.”

“The track here was known as a kill track,” Kozachik said, a place where dogs come at the end of their racing careers. Dogs that were unwanted were left in the desert for dead, Kozachik said, adding that before the end of live racing, he helped “expose multiple” incidents, including the times when dogs hit the electrified rail and were killed.

“The industry is inhumane,” Kozachik said.

With the end of Tucson Greyhound Park, South Tucson “can do some pretty good things on a commercial development site,” Kozachik said.

While greyhound racing effectively collapsed in the US, horse racing faces its own controversies in Arizona. Earlier this year, the then-vice chairman of the Arizona Racing Commission Rory Goreé called tracks like Tucson’s Rillito Racetrack a “killing field” for horses because of race injuries and substandard care.

In an opinion piece published by Tucson Sentinel, Goreé said Arizona racing faces “a one to two-year window until its demise” unless changes are made, and he urged a moratorium on horse racing until “proper funding” is added and new rules implemented .

Goreé — who for years was a supporter of greyhound racing while on the commission that regulates it in Arizona, as well as an advocate for dogs being adopted when their racing days were over — told the Sentinel on Thursday that he was “not surprised” by the closing of the Tucson venue.

With the closings in Arkansas and Iowa, “that will leave only two active tracks in the country, in West Virginia,” Goreé said, calling that “just not enough content to keep a greyhound OTB open.

The Greyhound Protection Act proposed in Congress currently has 98 co-sponsors, with three from Arizona,” he said. “This bill will eliminate greyhound racing in the United States.”

Goreé said he “plans to visit on the 18th for one last walk through and to grab anything of value that might be used to raise money for greyhound adoption.”

“The owners of Tucson Greyhound Park I know are getting up in years so maybe it was perfect timing to just get out,” he said.

Arizona corporation records show that the park is owned by Robert Consolo and Joseph Zappala of the Miami suburb of Aventura, Fla.

Goreé was ousted from the state Racing Commission by Ducey on May 16, when the governor appointed his replacement. Goreé had served five years past his appointed term, but remained in his seat until Ducey chose a successor on the commission.

“I knew it was coming; the demands for change and safer racing were my demise,” he told the Sentinel.

For Many Low-Income Families, Getting Formula Has Always Been a Strain