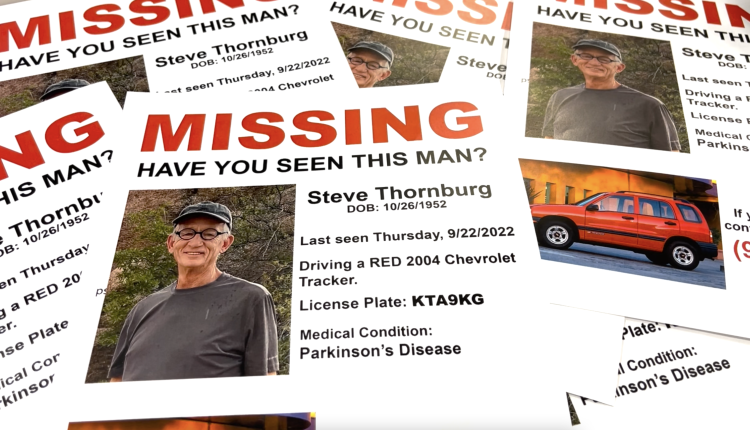 YUMA, Ariz. (KYMA, KECY) – The Yuma community is coming together to help find a missing man who was last seen leaving his home at Country Roads RV park in Yuma.

Search groups across the city of Yuma are not giving up on finding the 69-year-old who went missing this past Thursday.

Family members say he was heading out for a drive just after seven in the morning and never returned.

Steve Thornburg’s partner, Marianne Smith, says he told her he was going for a drive at either Martinez lake or Picacho.

Thornburg is familiar with Yuma and surrounding areas as he owned his own desert touring company in town.

After he left the west exit at Country Roads, he never returned and can not be reached.

“Maybe it is because he is an adult and has a right to go missing, which that’s true, but we definitely don’t think that was the case at all,” said Smith.

They’ve even tried to create a “silver alert” but were told his father’s disappearance didn’t meet all of the criteria.

“It’s frustrating and it’s not necessarily anyone’s fault, but, you know, we just definitely feel like we’ve spent a lot of time sort, you know, of banging our heads against the wall trying to figure out where he could be,” said Thornburg’s son.

Various search groups on Facebook say they’ve gone out looking for the 2004 red Chevy Tracker he was driving, but so far no luck.

Smith says they’re not from Yuma but is thankful for how fast the community came together to help.

“Everyone has been so supportive and offering suggestions and you know, thoughts and prayers and I appreciate it,” said Smith.

Smith and Thornburg’s son both say he has Parkinson’s disease but do not believe it is a factor in why he is missing.

If you have seen anything or know any information regarding Steve Thornburg’s whereabouts, contact the Yuma police department.