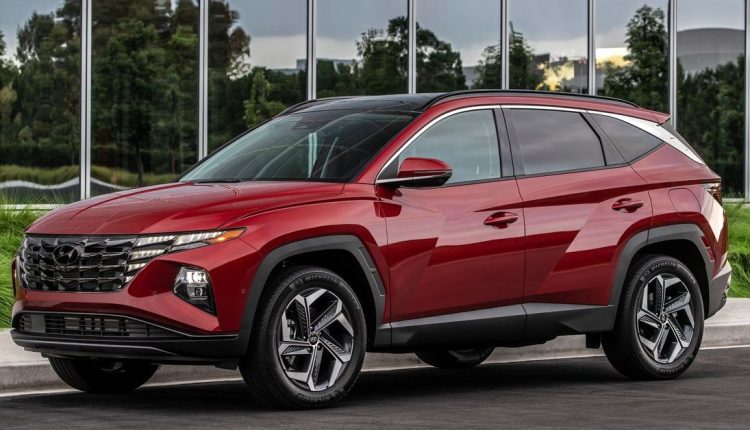 A Detailed Look At The Hyundai Tucson

Hyundai has recently updated its lineup of SUVs. The extra-tiny Venue and three-row Palisade are recent additions, and nearly everything else has undergone redesigns. It’s Tucson’s turn now for 2022.

The Honda CR-V and Toyota RAV4 are just a couple of the small SUVs that Hyundai competes with. Historically, it has stayed safe and adhered to conventional stylistic rules, but not the 2022 Tucson.

The brand-new model, which is now in its fourth generation, stands out because of its distinctive cascading headlight design, squared wheel arches, and prominent bodywork creases. The inside is likewise more dynamic, featuring a digital instrument display without a shroud and a center stack without any hard buttons.

The availability of three engine choices is another novel feature for 2022. In addition to the standard gasoline engine, there are two hybrid options: a plug-in hybrid with a range of up to 28 miles and a typical hybrid. However, other aspects—like Hyundai’s extended warranty and overall excellent value—remain the same.

The 2022 Hyundai Tucson Has One Of The Coolest Designs Around

The Tucson, as a whole, is cool. It has squared-off wheel arches that are reminiscent of the Lamborghini Countach, as well as several intricate character lines and surfacing elements. A tone of metal flakes cover the Amazon Gray Tucson and appear green in the daylight, highlighting the lines to their fullest extent.

There isn’t a lot of jewelry other than a spear-like chrome strip that decorates the greenhouse and gets thicker at the D-pillar. The positioning of the Hyundai symbol in the back glass is intriguing, and the slash-shaped taillights with their distinctive trademark and full-width light bar have a distinctive look.

Additionally, passenger volume and load capacity have increased, besting the Toyota RAV4 in both categories while falling just short of the Honda CR-V. With reclined seatbacks that conveniently fold flat and a fold-down armrest with storage and cup holders, the back is unusually spacious.

Additionally, the load floor in the cargo space is movable and has two height levels.

The base model comes with a 2.5-liter four-cylinder with 187 horsepower, an eight-speed automatic transmission, and either front-wheel drive or all-wheel drive.

A turbocharged 1.6-liter four engine powers the hybrid and plug-in hybrid models, which Hyundai claims is capable of a combined 227 horsepower in the former and 261 horsepower in the latter. All-wheel drive is standard with the electrified powertrains, and both come with a six-speed automatic transmission.

The non-hybrid Tucson has enough power for both city driving and passing on the highway, but aggressive drivers will crave for more. The all-wheel drive Limited model reaches 60 mph from zero in 8.8 seconds. Although the more potent hybrid and plug-in hybrid vehicles seem faster, neither of them will accelerate as quickly as a Toyota RAV4 Prime.

A fully outfitted Limited hybrid runs from 0 to 60 mph in just 7.1 seconds. The Tucson is hardly a sports vehicle, yet it handles well, steers crisply, and has a comfortable ride.

What stands out most about the Tucson’s driving is how refined and quiet it feels when cruising. It’s these characteristics that give the SUV a sense of elegance that is uncommon to find in this class.

RELATED: Here’s What To Expect From The Hyundai Ioniq 7 Electric 3-Row SUV

The Hyundai Tucson Is Quite Techy And Spacious

The new Hyundai Tucson’s interior, dubbed “Interspace” by Hyundai, has sensual, multi-layered designs that promote a sense of tranquility. It basically indicates that the interior is brand new and equipped with the latest technology.

Highlights include a 10.25-inch touchscreen display (an eight-inch display on base models) and a touch-sensitive glossy climate control interface. The digital instrument cluster is hoodless.

While most manufacturers are leaning toward minimalism, Hyundai appears to be sticking with its modular strategy. The interior’s components are blocky and appear to snap together like Lego pieces.

However, there are a few essential functions available. The 2022 Tucson has buttons for Park, Reverse, Neutral, and Drive in place of a conventional shifter. Owners must use the paddles behind the steering wheel to activate the manual override.

The Tucson can seat five people. In the US, there is only a longer type, and both the hybrid and gas-only versions offer an incredible 41.3 inches of legroom for backseat passengers. The plug-in hybrid model, though, loosens just over an inch in the back.

The Tucson is competitive with its rivals in terms of spaciousness. Although tall adults may appreciate the legroom and headroom, the center rear seat is best left for kids. Finding the ideal driving posture is easy even in the base model, and taller drivers shouldn’t significantly impact the backseat passengers.