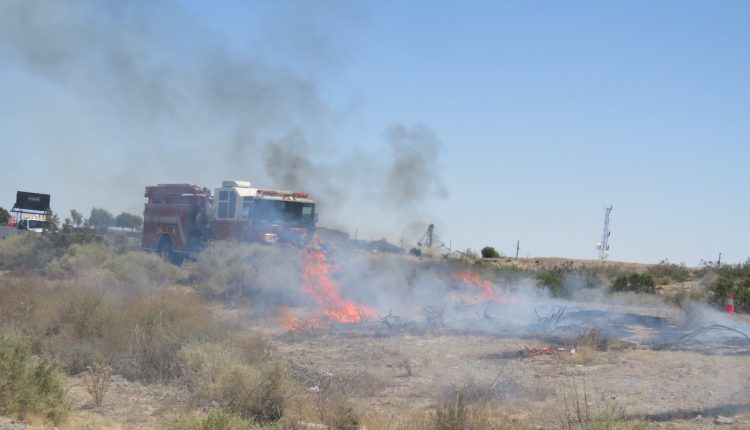 YUMA, Ariz. (KYMA, KECY) – May marks the start of the forest fire season, but the fires in our area have already started.

The Yuma Fire Department put out several small bushfires along I-8 between 16th Street and 3E Avenue Tuesday, delaying traffic to the west.

The county is working to update its Community Wildfire Protection Plan (CWPP) to expand efforts by several agencies to prevent forest fires.

It was created in 2010 but has not been updated since.

Fire chief Tim Soule of the rural subway fire department says the recent fires had several factors working against them.

“The fuels are dry, the temperatures are rising, the humidity is falling. There is always the possibility of fire spreading that is not being controlled,” said Chief Soule.

Yuma County Emergency Manager Tony Badilla says they received a $ 10,000 grant and the rest of the money will be funded by every department, including Yuma, Somerton, San Luis, Wellton, Tacna, and Rural Metro.

“We now use multi-agency radios on a regular basis,” said Badilla. “We have satellite imagery that enables thermal imaging of fires that are ongoing and retrospective when they perform the mop-up procedures.”

“When we get a lot of rain, it sometimes follows that we get more vegetation and that the vegetation dries up and poses a greater danger,” explained Erfert.

And the county says residents should think about acting now before it’s too late.

“Create a fire break around your apartment. You don’t want to wait until you have a fire out there before you start removing that brush and debris,” Badilla said. “It’s a little late at this point.”

The county is asking the community to help update the CWPP by taking a survey.

The wildfire season lasts until around mid-July.