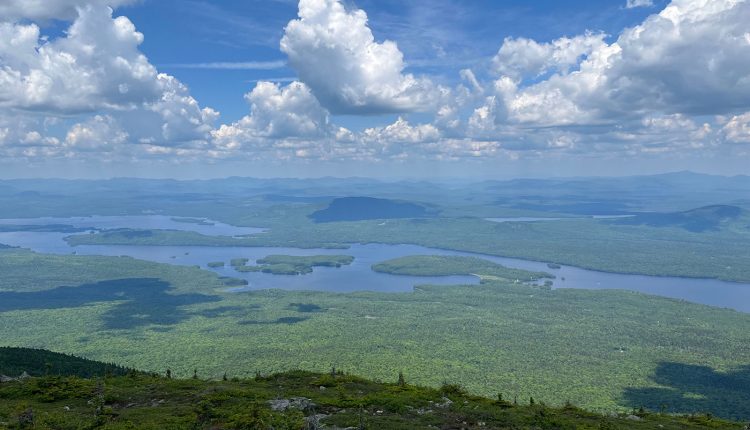 A Jaunt in the Bigelows

The Bigelow mountain range is one of Maine’s true gems. The stark ridgeline thrust up by tectonic movement millions of years ago was made even more dramatic by glacial scouring within the last 20 millennia, resulting in a bedrock spine extending 18 miles along the entire length of Flagstaff Lake. The range is home to Maine’s third tallest mountain, West Peak, clocking in at 4,150 feet and conjoined to fellow 4,000-footer Avery Peak, making the range one of Maine’s more imposing geologic features.¹

The impressive geology and diverse array of natural communities, rare plant species, and alpine ecology have resulted in a feat of conservation that has kept the 36,000-acre Bigelow Preserve free of development since a public referendum established State ownership of the preserve in 1976.² An ecological reserve comprises more than 10,000 acres of the area, further strengthening protections for the natural communities that call this place home. The renowned Appalachian Trail (AT) runs through 17.6 miles of the Bigelow Preserve and ensures stellar trail maintenance and access.

In a fit of inspired arrogance, I decided to use my Sunday to circumnavigate the range’s four tallest peaks in a 13-mile loop beginning at the Stratton Pond Brook Road. I am not a notorious hiking extremist (I advocate for a view of nature that is not defined by themes of dominance and conquest), but I do occasionally enjoy seeing just how far my legs can take me in the Maine wilderness. My legs were up for the challenge in this instance, and I was rewarded by breathtaking views, high-quality trail maintenance, and surprisingly vacant peaks for a mid-summer weekend. 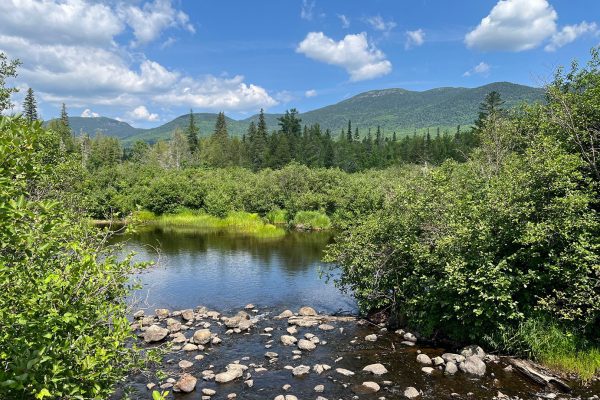 Starting on the Esker Trail from the Stratton Pond Brook Road trailhead afforded me immediate views of Sugarloaf across the scenic Stratton Brook Pond and got me planning for a return trip to take advantage of the campsite located at the babbling junction of pond and brook. A quick jaunt along Stratton Brook led me to the beginning of the Fire Warden’s Trail, the quickest (and therefore steepest) route up to West and Avery Peaks. The swift rise in altitude was made easier by several impressive sets of stone stairways, and I was convinced myself that I was taking breaks to admire the handiwork. The Fire Warden’s Trail is a worthy out-and-back day hike, but a granola bar and a swig of water atop Avery Peak encouraged me to continue with my original, more ambitious plan—though, not before I soaked in the 360-degree views provided by a treeless alpine summit. The green ski runs of Sugarloaf’s slopes were visible to the South, the vast expanse of the gorgeous (though manmade) Flagstaff Lake to the North, and miles of ridgeline extending in either direction to the East and West. 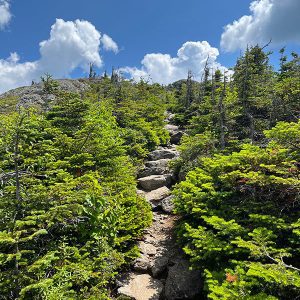 A slight haziness hung in the air and the 80°F weather neared stifling, which may have explained the relative lack of hikers. These days, it is difficult to tell whether poor visibility in the mountains is attributable to smoke from fires out west or is simply a product of increasing summer mugginess. Nevertheless, white clouds scooted across a blue sky, sending dappled shafts of light onto the rippling topography below. Mountainous lakes dotted the horizon, and a number of birds, butterflies, and beetles crisscrossed the skies around me.

A piece of advice for multi-peak hikes: never assume the “all downhill from here” mentality until the last peak is summitted. I reached West Peak a mere five miles into my loop and, it being the tallest of the four peaks in my game plan, over-congratulated myself for the accomplishment. Though less than 4,000 feet, North and South Horn are formidable peaks in their own right and required significant mental steeling to summit. Despite my poor mental game, I really enjoyed the ridge-line hike that connected the four peaks along the Appalachian Trail. Though expansive views were only available at the peaks, the ridge offered a different type of beauty in its serenity and shaded coolness. Moss and lichen predominated the undergrowth while dense thickets of rugged alpine conifers hemmed in the trail, making for an Alice-in-Wonderland hedgerow effect that amplified the magic of the space. 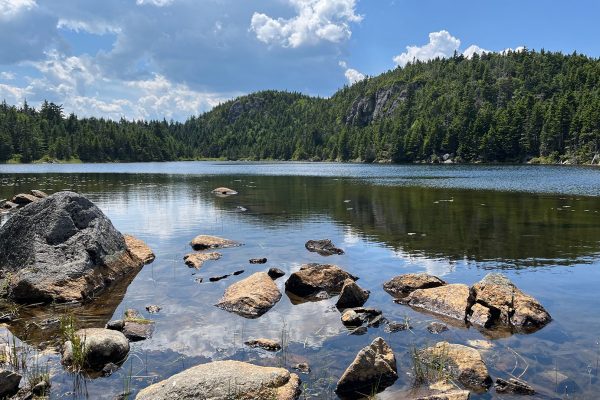 North Horn required a quick out-and-back from the main trail, and I chose to take my lunch break at the last of my four peaks. It was tremendously gratifying to look back along the ridge to Avery and West Peaks, and perhaps even more exhilarating to gaze down to Horn Pond, an alpine lake a mere mile from my lunch spot. For those of you Maine hikers that have not yet experienced the majesty of Horn Pond, boost it to the top of your list. A glacial bowl scooped out and nestled between peaks filled with clear mountain water from a watershed that exists entirely above 3,000 feet, Horn Pond makes for a popular oasis and camping spot for AT through-hikers. I lounged along the shore in the afternoon light for a few minutes before beginning my final (actually this time) descent down the Horn Pond Trail. Though I would rate the trail slightly lower than the Fire Warden’s Trail due to several recently fallen trees and upturned root systems, I was thrilled to find that the descent passed a series of caves created by massive jumbled glacial erratics. This final treat gave me the boost I needed to keep my feet in front of me all the way back to the Stratton Brook Pond Road.

I am so grateful for places like these in my home state. Though they require some legwork to get to, the outcome is always so incredibly worthwhile. My gratitude extends to those who have long fought to protect these special places from development, including of course the Natural Resources Council of Maine. I will undoubtedly be back to the Bigelows in the near future, perhaps for some fun in the colder months. Stay tuned!