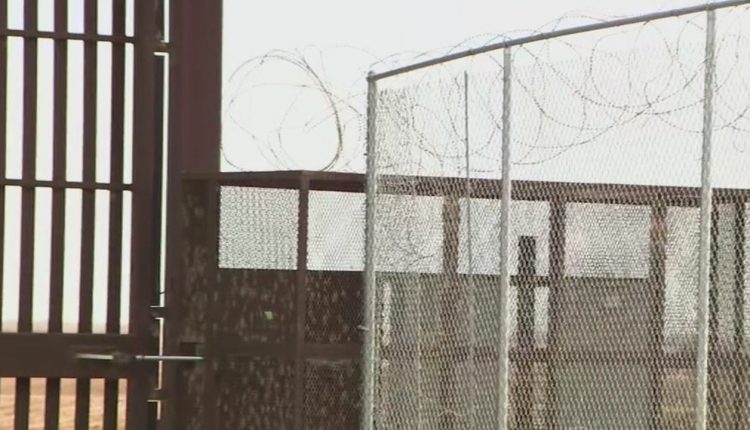 YUMA, Ariz. – A record number of immigrant are reaching the border states, and Yuma is one of the towns dealing with the influx.

Just last week alone, more than 6,200 migrants were arrested and the people arriving at the border came from 44 different countries. 150 were children making the dangerous journey without parents.

Fifteen of those arrested at the border, this time around, had past felony convictions.

“Right now we’re seeing about 800 to 900 people a day crossing. Part of the impact we have is the hospital. We have one hospital in this area, and it services all the medical needs for the migrants, but it’s not being reimbursed from the federal government. That’s amounting in this last 6-month period $20 million. Those costs are then passed on to the other customers of the hospital,” said Yuma Mayor Douglas Nicholls.

Arizona Gov. Doug Ducey had 130 shipping containers installed to fill in the holes at the border wall in Yuma, closing about 3,820 feet of the previously open border.

In a historic surge, Nicholls says more than 300,000 people have crossed the Yuma border this fiscal year, and it’s not over yet.

“That is almost double from what we experienced the previous years. These are numbers that we have never ever seen before,” Nicholls said. “There’s about a five-mile gap along the Colorado River. That’s where the majority of people come through.”

Others come through gaps, some of which were blocked by the shipping containers.

With an open border policy, the migrants are allowed to stay on American soil once they touch it, a policy that hasn’t always been in place.

The burden, especially financial, falls on Nicholls’ community. He says the sheer amount of people who draw on resources affects the perception of the city, impacting tourism and job growth.

Nicholls says this open border is not just a Yuma problem, but a nationwide problem because although some migrants coming over are staying in Yuma, others are going to other places around the country.

A record number of migrants are reaching the border states, and Yuma is one of the towns dealing with the influx. FOX 10’s Marissa Sarbak has a look.

Migrants dressed in full camouflage were spotted by Fox News cameras being lowered over an Arizona border wall Tuesday by human smugglers.

A group of sheriffs from Arizona, Texas, New Mexico, California and most of the other states will gather in Cochise County to tackle the border crisis.

‘This is America’s problem’: Sheriffs across the nation to meet in Arizona to talk US-Mexico border issues

A group of sheriffs from Arizona, Texas, New Mexico, California, and most of the other states will gather in Cochise County to tackle the border crisis. “This is not the state of Arizona’s problem. This is America’s problem.”