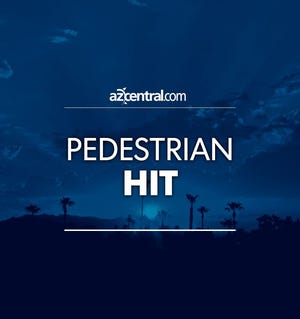 A woman was struck, killed in Phoenix car crash on New Year’s Eve

A woman pedestrian was struck and killed by a car on New Year’s Eve in the area near 24th Street and Campbell Avenue in Phoenix, police said.

The collision occurred shortly after 8:00 pm, and when Phoenix police officers arrived on the scene, the woman was unconscious. She was pronounced dead on scene, officials said.

The driver told the police that he had a green light and that the pedestrian crossed in a crosswalk when they did not have the signal to do so.

Police said they “did not see any signs of intoxication from the driver” and no one has been arrested for the accident.

The identity of the deceased woman has not yet been released.

The National Highway Traffic Safety Administration says Phoenix is ​​the “fifth most dangerous” city in the country for pedestrians. According to the Phoenix Police Department, there were 103 fatal pedestrian collisions in 2021, 64 in 2020, and 72 in 2019. The department does not yet have total figures on pedestrian deaths for 2022.

Community advocate Stacey Champion, who appeared in the The Street Project documentary on PBS, said in a written statement: “Phoenix city streets are dangerous by design. Until there is a focus on properly implementing complete streets and getting serious about creating data-driven, equitable infrastructure that protects ALL pedestrians and cyclists — not just those recreating — people will continue to be injured and killed while walking and/or biking in Phoenix.”