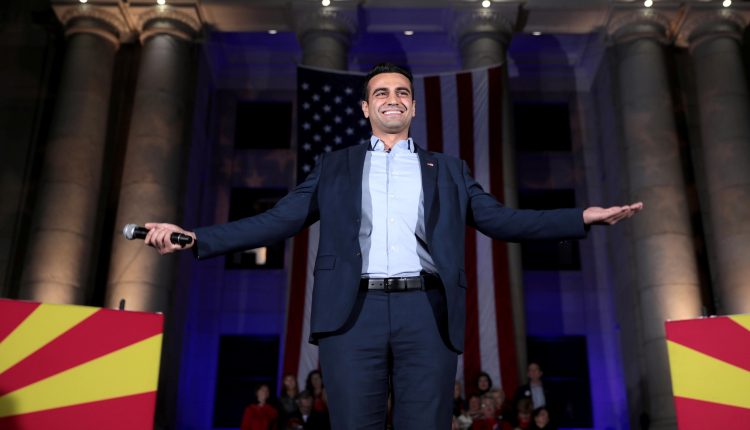 Abe Hamadeh, the Republican nominee for attorney general, filed a lawsuit late Tuesday alleging that Maricopa County officials bungled Election Day so severely that it cost him a victory in the race, which he lost by just 510 votes.

“Arizonans demand answers and deserve transparency about the gross incompetence and mismanagement of the General Election by certain election officials,” Hamadeh said in a tweet about the suit. “I will not stop fighting until ALL voters receive justice. See you in court.”

An automatic recount of the race had already been triggered due to the narrow margins, the final count left both candidates with 50% of the votes. Democrat Kris Mayes received 1,254,612 and Hamadeh 1,254,102 according to unofficial tallies. Most Arizona counties have already certified their election results, and the remainder — including Maricopa — must do so by Nov. 28.

Hamadeh was joined by the Republican National Committee in filing the lawsuit. The legal challenge says that the plaintiffs are not alleging any “fraud, manipulation or any other intentional wrongdoing that would impugn the outcomes of the November 8, 2022 general election.”

At the heart of the lawsuit are claims that “errors and inaccuracies in the management of some polling operations” as well as in the “tabulation of some ballots” has caused the “unlawful denial of the franchise to certain qualified electors, erroneously tallied certain ballots, and included for tabulation in the canvass certain illegal votes in connection with the election for the office of Arizona Attorney General.”

The lawsuit asks the court to make Maricopa County process and tabulate all provisional ballots it received from 146 people who checked into a voting center but left without having a ballot counted on-site or deposited in a secure box for tabulation later and were not checked out by a poll worker. Those voters went to another Election Day voting site, but were forced to cast a provisional ballot because the election system showed they had already voted.

Hamadeh is also seeking an injunction against Secretary of State Katie Hobbs, who is now governor-elect after defeating Kari Lake in the election, from certifying Mayes’ win in the attorney general contest.

Among the other claims made in the lawsuit is that bipartisan adjudication boards did not correctly duplicate ballots that were damaged or unreadable by ballot tabulators, although the lawsuit gives no evidence for the claim. Likewise, a claim that counties allowed for “illegal” votes by improperly adjudicating ballots was not backed up with specific evidence.

Hamadeh and the RNC are represented by Republican election attorneys Kory Langhofer and Timothy La Sota. Langhofer this month represented GOP Senate candidate Blake Masters in a failed bid to keep polling places open past 7 p.m. La Sota represented the Lake campaign and previously was an attorney for the Arizona Republican Party.

A date for the first hearing on the case has not been set, but Hamadeh and the RNC are requesting an expedited hearing.

Outgoing state Senate Government Committee Chair Kelly Townsend, R-Apache Junction, subpoenaed the Maricopa County Board of Supervisors requesting records relating to the election, specifically about the printers that created havoc at about 30% of vote centers.

Townsend gave the board of supervisors until Nov. 28 at 9:30 a.m. to respond.

Phoenix Closes Out Road Swing With Setback at Jacksonville State