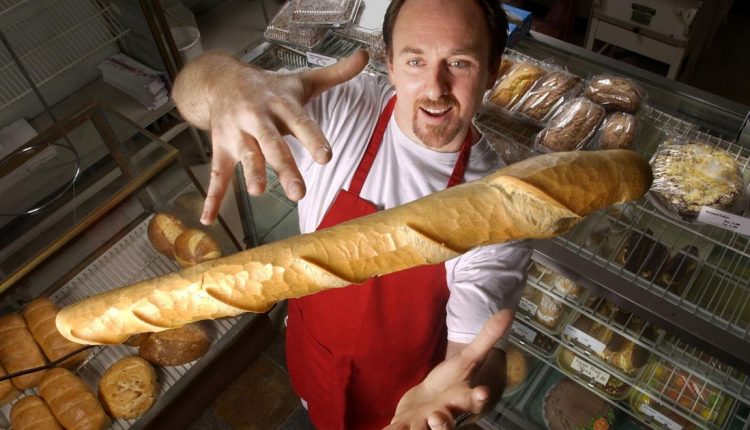 After 39 years, French bakery on Tucson’s east side is closing | subscribers

The east side La Baguette Parisienne bakery will sell its final loaves of French and artisan breads and assortment of flakey fruit turnovers, Danishes and fruit tarts on Sunday, Aug. 28.

The bakery at 7851 E. Broadway announced on its website earlier this month that it will close at the end of business on Sunday, Aug. 28.

“We would like to say ‘thank you’ to all of our wonderful customers and the community for allowing us to share our passion with all of you for the last four decades,” the announcement said. “It has been our pleasure and we will miss serving you.”

The announcement has stirred some confusion among patrons of the midtown French bakery La Baguette Bakery at 1797 E. Prince Road.

“We have the same name so people have come in asking if we are affiliated with them and if we are closing,” said employee Gabby Hernandez. “We just tell them no, we’re different.”

The announcement on La Baguette Parisienne’s website said the Marini family who own the bakery is retiring.

Mario and Francoise Marini opened the bakery 39 years ago. Their son, Norm Marini, has been the principal baker for years. He also is a professional magician.

Norm Marini could not be reached for additional comment.

La Baguette Parisienne, which only took cash or checks, baked several varieties of French, whole grain and ciabatta breads daily alongside specialty artisan breads that rotated depending on the day, including pepper onion, a Jewish rye and pumpernickel, cinnamon raisin and cranberry walnut.

The bakery also featured an array of French-inspired cookies and sweets, including danishes, filled croissants and fruit tarts.

The bakery opens daily at 7 am and closes at 3 pm Friday, 2 pm Saturday and 1 pm Sunday

In addition to La Baguette Bakery, Tucson has one other French bakery, Cafe Francais at 7831 E. Wrightstown Road.