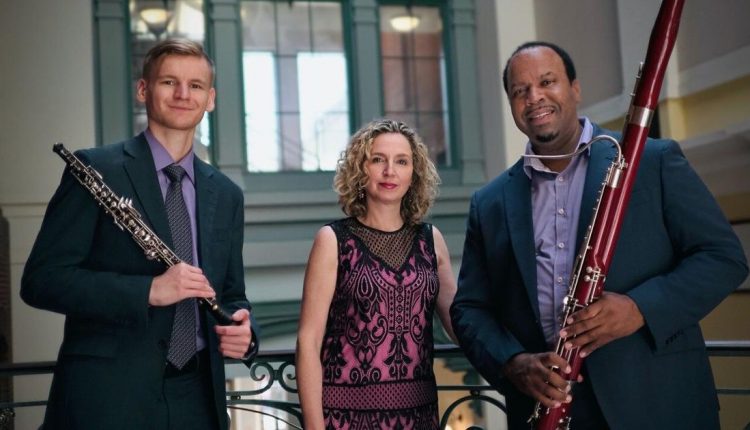 The Poulenc Trio will be perform as part of the Arizona Friends of Chamber Music Piano & Friends series on Feb. 13.

The concert on Sunday, Feb. 13, is a do-over for what was to be the trio’s debut, which was slated to happen in April; the start of the pandemic in March 2020 put those plans on hold.

The concert, which Arizona Friends will stream live, will feature trio works by Shostakovich, Andre Previn, Viet Cuong and its namesake Francis Poulenc, the 20th century French composer and pianist whose Trio for Oboe, Bassoon and Piano on the program is regarded as his first major chamber work.

One of the most intriguing works on the program comes from James Lee III. His “Principal Brothers No. 4” is the fourth in his series of short works dedicated to African-American musicians.

Lee told his publisher, Subito Music, that he was inspired during the pandemic by Stravinsky’s 1918 work “Three Pieces for Solo Clarinet.”

Lee had said he wanted to “highlight and honor my African-American male colleagues in the orchestral music world.”