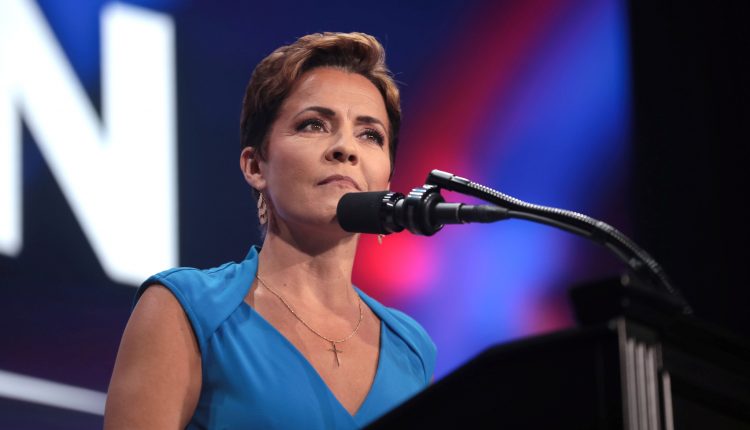 After sparking outrage, Kari Lake has rescinded her endorsement of an Oklahoma antisemite

Kari Lake has rescinded her endorsement of an antisemitic Republican legislative candidate in Oklahoma after her support of a man who said “the Jews” are evidence that “evil exists” became a political firestorm.

Lake’s campaign spokesman Ross Trumble on Monday confirmed that the GOP gubernatorial candidate had withdrawn her endorsement of Jarrin Jackson, a far-right streamer who is running for a seat in the Oklahoma state Senate.

Trumble did not respond to follow-up questions, including how Lake endorsed a man whose bigotry had been covered in national and local media long before she publicly backed his campaign.

On Saturday, the Lake campaign issued a statement to Axios Phoenix saying that she would rescind her endorsement “(i)f his reported comments are true.”

“I looked at Jarrin’s resume as (a) Combat Veteran in Afghanistan. It is impossible to dig into everything someone has said in their life,” Lake told the outlet.

Jackson had a lengthy history of saying antisemitic and anti-LGBTQ things online, both in videos and on his social media pages.

In February, after watching a right-wing documentary about enemies of Christianity, he criticized the film for not explicitly naming what is evil in the world.

Jackson has also endorsed a white nationalist and neo-Nazi conspiracy theory that is a variation on the so-called “great replacement” theory. The theory, also known as the Kalergi Plan, posits that global elites — especially Jewish people — are trying to rid the world of white people through immigration and interracial breeding.

He claimed that people who support American immigration are trying to wipe out white Christians.

“It’s not nativism. It’s common sense. But the real issue at the core here is that — I can’t believe no one else sees this. They want to get rid of white people because of their Christianity,” he said.

Jackson has also said that living an LGBTQ lifestyle is a “gateway to pedophilia.”

Lake’s endorsement of Jackson came only a few weeks after she publicly denounced a high-profile antisemite who was backing her campaign. Lake rejected the endorsement of Andrew Torba, who runs the far-right social media platform Gab, saying she “absolutely denounces bigotry in all its forms, especially anti-semitism.”

In publicly backing Jackson, Lake called him a “fighter” and a “patriot” who is attacked by “the Soros media” — an antisemitc reference to wealthy businessman and philanthropist George Soros, who is Jewish — because he is “over the target.”

As of mid-July, Lake had not hired Go Right Strategies; Trumble did not respond to a question about whether the Lake campaign had hired the firm in the weeks since the most recent campaign finance report was filed.