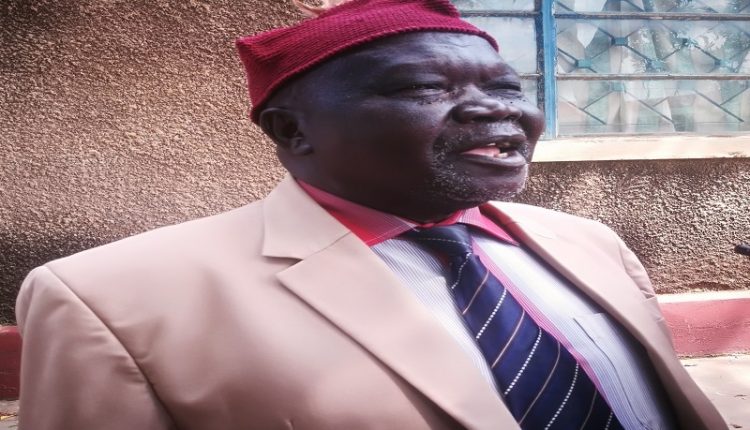 ARUA. The fight over Ayivu Chiefdom leadership has taken a new twist with Mike Agondoa threatening to block the planned installation of Manasseh Yuma.

Agondoa claims he is the true Chief of Ayivu Chiefdom unlike Yuma who is being imposed on the people of Ayivu by what he termed as a few disgruntled Lugbara Kari (Lugbara Cultural Institution) leaders and politicians in Arua.

Addressing journalists at his home in Mvara on Sunday, Agondoa warned that he has instructed his Lawyers to do anything possible to block Yuma’s ‘illegal’ coronation which is slated to take place at Onduparaka on May 28, 2022.

“The rumors that Yuma is going to be installed as Ayivu Chief have been going on but that is very wrong. I don’t know which procedure they have taken; you can’t say you are making arrangements to go and install a Chief, where did you get the powers from, who are the elders that confirmed you as a Chief?” Agondoa asked.

“The government doesn’t know anything about Yuma and even the people of Ayivu don’t know him. You can’t impose yourself that you are to be installed to become a Chief, that one we don’t know and we are not going to accept that. For us we know we are all one but they should not undermine my leadership as the sitting Chief of Ayivu who has served for over ten years now,” Agondoa stated.

Agondoa stressed that Yuma can’t come from nowhere to start confusing people that he is becoming the next Chief of Ayivu.

“We are not leaving that unchallenged, I have instructed my Lawyers to take immediate action which will include blocking the planned installation of Yuma. We are going to do this without fail,” Agondoa warned.

However, by press time, Yuma’s known telephone number couldn’t be reached for a comment on the matter. But earlier during his election, Yuma said he is going to try his level best with the clan leaders to re-organize Ayivu culturally so that the people should know what to do, how to help each other and on top, know their roles.

He pledged to support his subjects, the leadership of Lugbara Kari and the government. According to Yuma, his duty will simply be to direct his subjects to do the right things.

When contacted over Agondoa’s plan to block Yuma’s coronation, Jaffar Alekua, the clerk to the council of Lugbara Kari said Agondoa is free to take the matter to court.

“I have just dropped a letter to the chairperson security committee of the city informing her that Ayivu cultural leaders of Ayivu are going to install the Chief they have chosen. If Agondoa wants to go to court let him go,” Alekua asserted.

Meanwhile Samuel Odipiyo who happened to be the Prime Minister of Agondoa’s Chiefdom insisted that the election of Yuma was illegal since majority of Ayivu elders were not part of it.