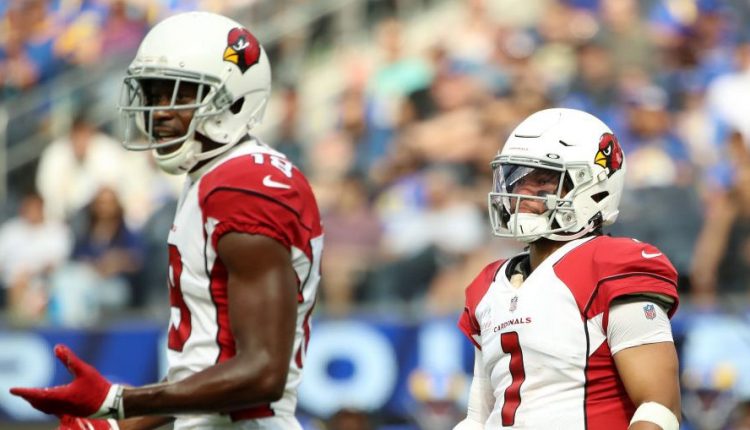 AJ Green wasn’t happy with how things went in 2021 in his first season in Arizona. That didn’t stop him from giving it a second go.

Green blames himself for not having a better connection with quarterback Kyler Murray.

“There is a lot of room (for growth),” Green said, via Darren Urban of the team website. “For me, it’s communicating with him what I see, and what he wants me to do and how he wants me to run this (particular) route. I think last year there was a lacking on my part. I didn’t really communicate with him about stuff like that because I didn’t want to put a lot of stuff on his plate.

Green doesn’t know whether Murray will show up for the team’s voluntary offseason program, which begins Tuesday. Murray is seeking a second contract, and the Cardinals have yet to make an offer. Thus, if would rank as a surprise if Murray did participate in the voluntary work.

But Murray and Green have work to do.

Green didn’t turn around for a pass from Murray in the end zone in the waning seconds of a Week 8 loss to the Packers. Green Bay defensive back Rasul Douglas intercepted Murray’s pass to preserve a 24-21 victory that was the Cardinals’ first loss.

On an episode of the “Big Red Rage” set to air Thursday on Arizona Sports 98.7, Green agreed that it was fair to wonder whether he and Murray were on the same page.

“That’s fair,” Green said. “That is 100 percent fair. I felt the same way. That’s where I have to be accountable. I need to go to him and tell him what I see and (him tell me) what he needs me to do better. I can take it – ‘AJ, run the route at this depth. You need to do this.’ I’m no bigger than the team. I need him to communicate with me, and I’ll do the same.”