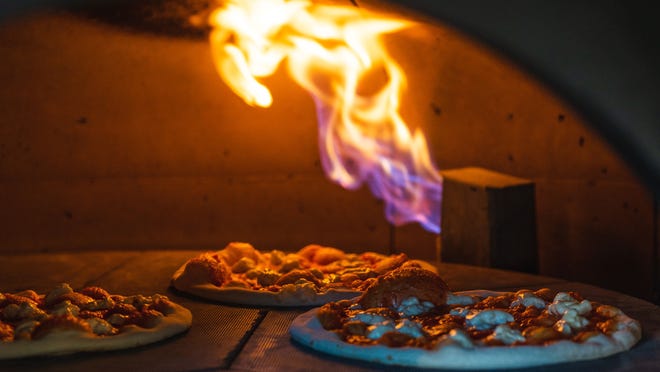 The team behind San Diego’s “best pizza of 2020” is bringing a fine dining Milanese concept to Phoenix.

Ambrogio15 was opened by two friends from Milan when Giacomo Pizzigoni and Andrea Burrone decided to “leave the corporate world to begin a new adventure made up of passion, friendship and a bit of foolishness.”

The duo introduced the West Coast to Milanese-style pizza, according to their website, which describes the pizza crust as paper-thin. They give you permission, even encouragement to eat it with a knife and fork, which may be the only time you could use utensils with pizza and not get sideways glances.

Closed for business:Metro Phoenix said goodbye to these restaurants in July

Since opening the first location in San Diego in 2015, the pizzeria has won a few accolades from local media and was voted number one on Tripadvisor’s highest-rated San Diego restaurants list. It expanded to a total of three restaurants in San Diego with a fourth coming soon to Phoenix’s Biltmore Fashion Park.

The pizzeria is known for Milanese pizza, which is made using Petra flour (a stone ground wheat) to make a paper-thin crust. The partners have a special recipe for the dough that consists of a 48-hour proof process. The dough is formed into 15-inch pizza rounds and cooked in a rotating brick oven. A gluten-free crust is also available.

Pizzigoni told Fox5 San Diego “… we wanted to bring here, straight from Milano, where we are from, the best that Italy has to offer today… to shift away from that perception of pizza as fast food, as cheap food. So we translate gourmet food pairings and ingredients on top of pizza.”

According to the same interview, some of the best-sellers are Margherita, salamino piccante, their version of diavolo, made with spicy salami and cooked with aged Parmigiano and fresh rosemary and finally, the pie named Best Pizza of 2020 by “San Diego Tribune ,” which comes topped with Burrata and prosciutto crudo.

What will be on the menu at Ambrogio15 in Phoenix?

The new concept in Phoenix will go beyond pizza, but offering a unique taste of Milan remains central and is reflected in everything from the name — Ambrogio was a fourth-century archbishop and is the patron saint of Milan — to the logo. The “A” represents Alemagna a pastry shop that opened in 1933 and is one of the most famous in Milan and the “M” is for their iconic metro sign.

“Phoenix is ​​our biggest project so far,” said Fabio Rauscher Bascon, their chief marketing officer. “It’s fine dining featuring a full menu focused on modern Italian fusion gastronomy, along with a mixology cocktail program, an upscale yet fun ambience and, of course, our famous pizzas and natural wines.”

The expanded menu will feature a few pizzas, pastas, appetizers, steak, seafood, wine and cocktails. It will be the team’s first restaurant with a cocktail program.

“We have a Michelin-starred chef, Silvio Salmoiraghi, design the menu for Phoenix. He will fly out to Phoenix three to four times a year for special events,” said Bascon.

The team has secured a space at Biltmore Fashion Park and plans to open in the next 12 to 16 months.

Skin Cancer Is a Risk No Matter the Skin Tone. But It May Be Overlooked in People With Dark Skin.

In California, Abortion Could Become a Constitutional Right. So Could Birth Control.