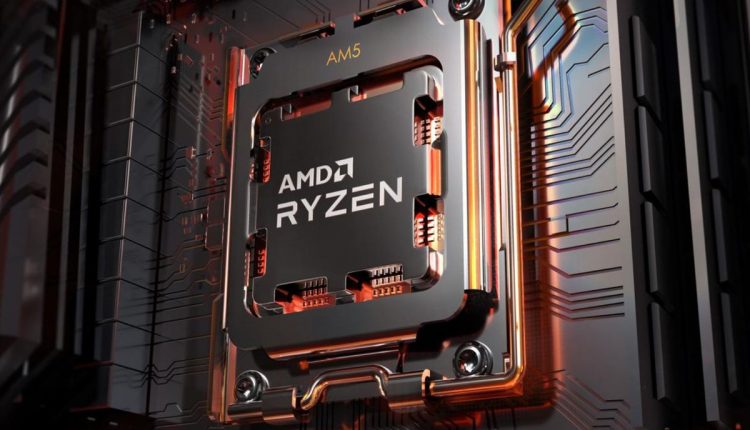 An upcoming AMD processor has just been found in a leak, and all signs point to it being the next-gen Phoenix Point APU. A successor to the Ryzen 6000 “Rembrandt” APUs, Phoenix Point will arrive next year accompanied by a range of exciting upgrades.

Next-gen AMD APUs are rumored to offer a huge performance jump, and with the currently predicted specifications, they could really give Intel a run for its money. What can we expect from Phoenix Point?

AMD has recently revealed its road map that stretches until 2024, and as part of that, it spoke about the upcoming generation of APUs — Phoenix Point. Once it’s released, Phoenix Point will replace the recently launched Ryzen 6000 mobile lineup. According to AMD, the new chips are set to release in early 2023, giving Ryzen 6000 very little time to shine before the arrival of its successor. However, seeing as TUM_APISAK on Twitter has just unearthed what seems to be a Phoenix Point engineering sample, the early 2023 release date seems to be on track.

With Phoenix Point, AMD will swap from the current 6nm process node down to the latest 4nm. This will provide a 6% smaller die area, bringing upgrades in both performance and power consumption. The new chips will also see AMD switch to Zen 4 which is said to result in an up to 10% increase in the number of instructions per cycle (IPC) as well as an up to 35% boost in overall performance.

Another seemingly huge win for the Phoenix is ​​that it will arrive with built-in RDNA 3 graphics. Combining the latest Zen 4 cores with RDNA 3 graphics could potentially allow Phoenix Point to offer performance comparable to that of budget or even mid-range discrete graphics cards. Seeing as Phoenix Point is also said to keep the power requirements rather modest, falling in the “under 45 watts” range, that kind of gaming prowess is truly impressive.

In addition to the above, Phoenix Point will come decked out with access to PCIe 5.0 and DDR5 memory. Although AMD is late to start offering support for DDR5 and PCIe 5.0 — Intel made it there first with Alder Lake — AMD is also the first one to fully bank on it and not look back. The upcoming Ryzen 7000 processors will support solely DDR5 with no access to DDR4 RAM, which makes it entirely unsurprising that Phoenix Point also will.

The engineering sample that was discovered today (and later shared by Tom’s Hardware) has the codename “100-000000709-23_N” and it is part of the AMD Family 25. Although that family of chips houses both Zen 3 and Zen 4, all signs point to this being a Phoenix Point APU. Benchleaks also spotted the same chip at the [email protected] project. Not much else is known about the chip, other than the fact that it has 16 threads, which means it most likely has eight cores.

It’s still too early to get properly excited for Phoenix Point — after all, we have bigger fish to fry right now. With the looming launch of AMD Ryzen 7000 and Intel Raptor Lake, the best CPU arena is about to catch on fire within the next few months. However, once the next-gen AMD APUs make it to market, they could really shake things up for portable gamers.

It’s not outlandish to imagine that Phoenix Point could find its way inside a potential Steam Deck 2, and with an RDNA 3 GPU, it could offer some next-level gaming capabilities on the go. It will certainly power up future lightweight gaming laptops, keeping the power requirements low but still pushing the limits in terms of performance. Stay tuned — AMD will undoubtedly tell us more about its next-gen mobile processors sometime this year.

KHN’s ‘What the Health?’: Closing In on Covid Vaccines for ‘The Littles’