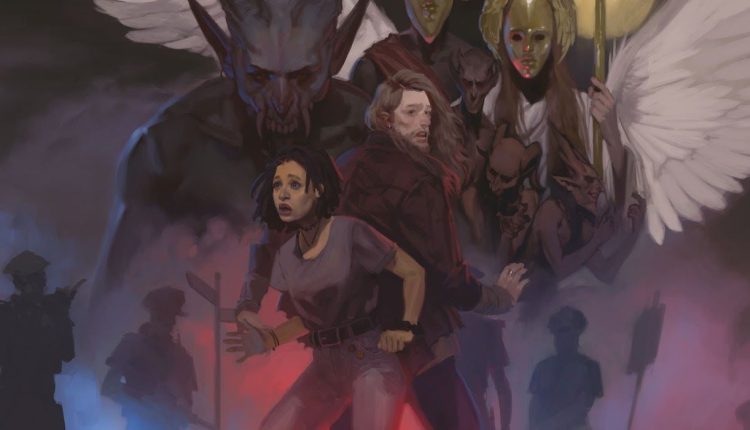 In American Jesus: The New Messiah, Mark Millar and Peter Gross wanted to paint a counterpoint to Jodie Christianson, the young kid who thought many was the Messiah in the first volume (which Dark Horse published as Chosen). Unfortunately, Jodie’s powers, which included him bringing dead things back to life, were from Satan, reaffirming he was the Antichrist.

Thankfully, the second volume focused on his nemesis: Catalina, a young lady who was being groomed in Waco, Texas, to fight Satan’s son someday. Interestingly, as Catalina’s journey unfolded, it became clear she was indeed a remix of the Dark Phoenix story — no surprise, given Millar’s body of work writing Ultimate X-Men in the past.

Catalina Was Taught at a Hard-Edged School

Jean’s story, in many cartoons, video games, comics and movies, dealt with her at Charles Xavier’s school for the gifted. Along with Cyclops, Iceman, Beast and Angel, she was nurtured, with the professor hoping she’d become a hero rather than a deadly weapon. He helped condition her mind, telepathy and telekinesis, but in time, this tutelage did leave dark spots in her mind. Catalina had the same issues, as she didn’t like her mom, Luciana, her stepdad Eddie, and the others making her into a child soldier. She didn’t feel humanized at all; just a pawn in someone else’s game. But unlike Jean, she didn’t develop any powers, so she wasn’t a believer — she just felt she was a prisoner, ergo why she fled. In Jean’s case, she stayed because she did want to do good, as she knew her potential and abilities.

Jean’s Dark Phoenix story at Marvel had the fire entity coming from space, choosing her as its vessel, and then making her an explosive destroyer. Jean was meant to purge the cosmos, bringing a warped form of order around. It’s why heroes and villains united to take her down, and why the Phoenix would always be seen as a threat. No matter what, it was dangerous and uncontrollable, which is why even in events such as Avengers vs. X-Men, the galactic god was viewed as something quite apocalyptic.

With Catalina, her powers manifested when the devil’s goons took out her cult and then came for her after she ran away. But Catalina brought lightning down, frying the villains in a scene that felt like the Dark Phoenix unleashed its fury. Catalina didn’t have control the first time, but she quickly learned, taking out the others with more strikes. It was ironic because like Jean, Catalina had no agency over her higher calling, but now she embraced the power inside.

She then manipulated the gunmen to shoot themselves up, blowing up their jeeps and whatnot, nodding to if an evil Jean took over folks’ minds. At this point, Catalina had confidence, accepting her fate and letting her mom know she was ready to avenge her family and take Jodie down. In Catalina’s case, she was piloting her body, and not possessed like Jean was in her WMD state. Still, Catalina had that Dark Phoenix energy, which is why she and the genius in Jodie are colliding years later in the third volume: Revelation.