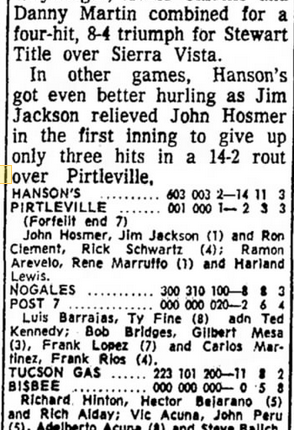 (How many big names do you see in these American Legion boxes from 1964?)

Nano Contreras got the win and Gennaro Brito picked up the save. Isac Ramirez other Maddox Jones hit home runs.

The second game of the series is set for Wednesday at 5 pm with the third game, if needed, following 30 minutes after.

Watch: Why the Public Health System Is Having Trouble Containing Monkeypox