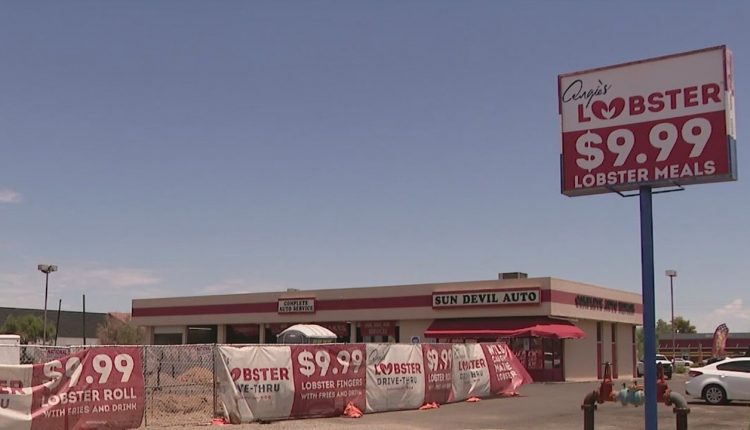 PHOENIX – The owner of a Phoenix area chain of restaurants is making a huge investment in order to battle the rising costs of inflation, and prevent raising prices on the menu.

The price of lobster nearly doubled in 2022 to about $40 a pound, with no signs of going down. As a result, the owner figured out a way to streamline costs, and keep their menu price at $9.99.

“We hit cost increases everywhere. This allows us to control our destiny, get to source, save that money, so we can pass it on to our customers for the lowest prices,” said Tony Christofellis, who owns Angie’s Lobsters.

Christofellis recently bought a wharf in Maine, where the lobsters they use for their rolls are caught.

“We will then take it to a plant in Richmond, where we will process it and cook it, freeze it. We will have it in Phoenix for when our first drive-thru opens in August,” said Christofellis.

From the frigid waters in New England to a drive-thru in the desert, this is one luxury the owner wants to keep affordable for customers.

“Because we can afford to give consumers a break,” said Christofellis. “Consumers are tapped out. Everything is expensive.”

There are currently five Angie’s Lobster locations slated to open in the next few months, and one of the locations, scheduled to open in October, is located near 43rd Avenue and Thunderbird. In addition, two other locations in north Phoenix, as well as a location in east Mesa, will open in August. There are plans to open 50 locations in the Phoenix area, in the coming years.

ReadMore: Phoenix sees highest inflation rate in US, report says: What to know as prices continue to rise