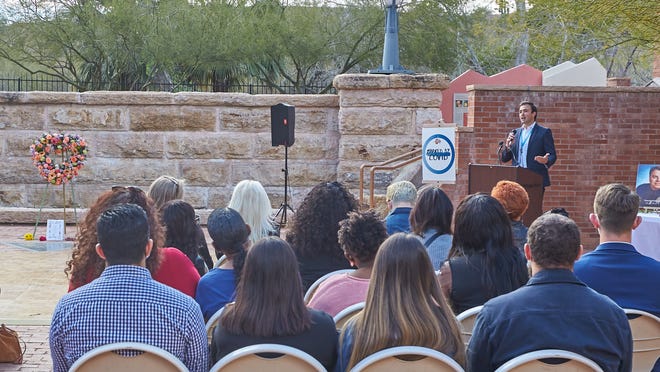 Arizona’s coronavirus case and death numbers were lower in the state’s latest weekly report, but with the end of Arizona’s emergency declaration it’s harder to know how hospital levels compare to previous weeks.

Just under 2,000 new cases were added from tests done during the past week, state data shows, continuing recent weeks’ lower case reports. Case numbers in recent months are likely not showing the full picture of infections as many more people have been using at-home test kits and may not be reporting their positives to county health departments.

Reported cases since the pandemic began are at more than 2 million. Known deaths in Arizona have passed 29,800.

Wednesday marked the seventh of the weekly updates to the state’s data dashboard, instead of daily updates that Arizonans became accustomed to following for the latest data on infections, illnesses and deaths.

This week’s update shows the differences between data reported for the week of April 3-9 and the week of March 27-April 2.

Case numbers have been declining significantly in recent weeks, and public health experts estimate cases of the highly contagious omicron variant peaked in Arizona around mid-January.

Hospitalizations for the disease had been dropping steadily since late January.

The vast majority of cases, hospitalizations and deaths are among people not fully vaccinated and boosted.

Less hospital info:Arizona is reducing the amount of COVID-19 hospital data it reports

The omicron variant and the BA.2 version of omicron are still contributing to many of the cases in Arizona, according to results from sequencing labs.

Percent positivity, which refers to the percentage of COVID-19 diagnostic tests that are positive, varies somewhat based on how it’s measured. It was high in recent months, a sign of more community spread, but has been gradually decreasing.

The state reported over five million people in Arizona — about 70.5% of the total state population — had received at least one vaccine dose through April 9, with over 4.3 million residents fully vaccinated against COVID-19. The state’s data dashboard now separates out doses administered to Arizona residents versus all doses administered in the state.

Arizona’s rate of fully vaccinated people out of the total population is 61.1%, which is behind the national rate of 65.8%, according to the CDC as of Tuesday.

Out of the vaccine-eligible population, people ages five and older, 65% of those in Arizona are fully vaccinated, compared with 70% at the national level, CDC data shows.

Health experts strongly recommend booster shots for those eligible, especially with the omicron variant spreading. About 44.4% of fully vaccinated Arizonans over the age of 18 had received a booster shot as of Tuesday, below the national rate of 48.7% for that same age group.

COVID-19 is still circulating in Arizona:Is it too soon to stop wearing masks on planes?

The Arizona Department of Corrections reported 14,856 inmates had tested positive for COVID-19 as of Tuesday, including 2,474 in Tucson, 2,280 in Eyman, 2,234 in Yuma, 1,715 in Lewis and 1,169 in Phoenix; 54,755 inmates statewide have been tested. A total of 5,008 prison staff members have self-reported testing positive, the department said. Fifty-eight incarcerated people in Arizona have been confirmed to have died of COVID-19, with 15 additional deaths under investigation.

Laboratories had completed 19,077,981 total diagnostic tests for COVID-19 as of April 9, 12.1% of which have come back positive. That number includes both PCR and antigen testing. Percent positivity was at 3% for the week of April 3. The state numbers leave out data from labs that do not report electronically.

Arizona as of Tuesday had the 11th highest overall case rate in the country since Jan. 21, 2020. Ahead of Arizona in cases per 100,000 people since the pandemic began are Alaska, Rhode Island, North Dakota, Tennessee, Kentucky, Utah, South Carolina, Guam, West Virginia and New York City, according to the CDC.

While race/ethnicity was unknown for 5% of deaths, 55% of those who died were white, 26% were Hispanic or Latino, 7% were Native American, 3% were Black and 1% were Asian/Pacific Islander, the state data shows.