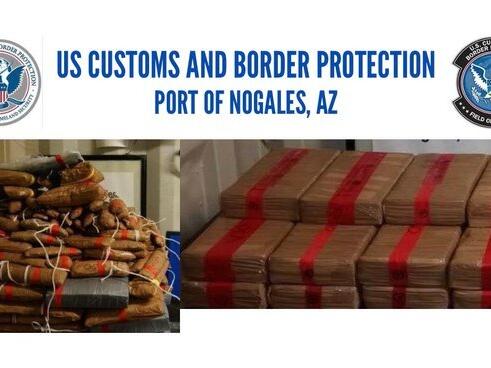 The month of December has been a busy one at the border, and while all eyes are on El Paso and the crisis there, two locations in Arizona are dealing with their own issues; in addition to large numbers of illegal border crossings, there were attempts to smuggle massive amounts of fentanyl into the country, and medical bills incurred by illegal aliens to the tune of $20 million for which the hospital is not getting paid.

At the Port of Nogales, south of Tucson, US Customs and Border Protection (CBP) has confiscated almost 7 million fentanyl pills from smuggling attempts, and farther west in Yuma, a hospital spokesperson has stated they have been left with $20 million in unpaid medical bills for services rendered to illegals over the last six months.

dr Robert Transchel, President of Yuma Regional Medical Center discussed the matter on Fox and Friends last week. He told them everyone receives the “same medical care” regardless of immigration status. The problem is, Transchel said, state and federal officials are “sympathetic” but “nobody is offering a payer source for these individuals,” and the hospital is not able to track down patients after they are treated.

“It’s an unsustainable business model to have your expenses increased by an external entity consistently and increasingly without any concomitant revenue source,” he said.

This astounding amount of fentanyl seized by CBP at the Nogales Port of Entry (POE) is not a year-to-date figure – it is only for the month of December.

We took Nogale’s POE Director Michael Humphries’ social media posts from this month and added up the amount of illicit drugs they reported finding. The totals are as follows:

Almost daily, agents and officers have found dangerous amounts of fentanyl hidden within vehicles, and on the bodies of those attempting to sneak them in.

December 4: 440,000 fentanyl pills were discovered concealed in the seats of a vehicle.

December 7: 211,200 fentanyl pills and 2.4 pounds of fentanyl powder were hidden inside a vehicle’s back seat. CBP says approximately 60,000 of the pills were of the “Rainbow” variety.

December 8-12: There were eight separate smuggling attempts stopped by CBP in a 5-day period totaling over 1.5 million fentanyl pills. The smugglers attempted to hide the pills within the “gas tank, quarter panels, rocker panels, floors, and doors of their vehicles. Some tried concealing them on their bodies.

December 14: During three separate incidents that day, CBP found 230,000 fentanyl pills, 62.6 pounds of methamphetamine, and 13 pounds of cocaine concealed in a gas tank, a speaker box in the trunk of a car, and strapped to a person’s body.

December 16 and 17: Six loads of drugs were seized by CBP in a two-day period resulting in the seizure of approximately one million fentanyl pills, 22.3 pounds of fentanyl powder, and 74 pounds of methamphetamine. Their K9 agents are credited for helping detect the drugs which were concealed in wooden decorations, and the center hump, bumper, and tires of a vehicle, as well as “on and in body.” Smugglers frequently conceal packets of drugs in various body cavities.

December 19: K9 teams again alerted Border Patrol officers to 10,400 fentanyl pills and 6.4 pounds of methamphetamine concealed inside tubes of construction adhesive that were placed among various tools and work-related items.

December 20 and 21: In two separate loads one day apart, 148,200 fentanyl pills were found hidden under the rear seat of a vehicle, and 152,400 were placed in a compartment above the gas tank of another.

December 21: Smugglers also work within the rail system, and upon an inspection of a train entering from Mexico, they discovered approximately 736,200 fentanyl pills and 196 pounds of methamphetamine in a compartment in one of the rail cars.

December 21 and 22: One million fentanyl pills discovered during a 24-hour period after officers found 230,600 in the spare tire wheel well of one vehicle, and 832,000 concealed throughout another.

December 28: Two separate loads in one day were discovered by officers. The first seizure included approximately 541,000 fentanyl pills, four pounds of fentanyl powder, and 37.55 pounds of methamphetamine concealed in the doors and rear panels of a vehicle. Several hours later, they seized 689,200 fentanyl pills that were hidden throughout a vehicle.

A fatal overdose, according to the Centers for Disease Control and Prevention (CDC), can be caused by fentanyl the size of a fraction of a raindrop, or three grains of salt. It can be mixed into any drug, and you cannot see, smell, or taste it.

2023’s Most Fitness-Friendly US Cities