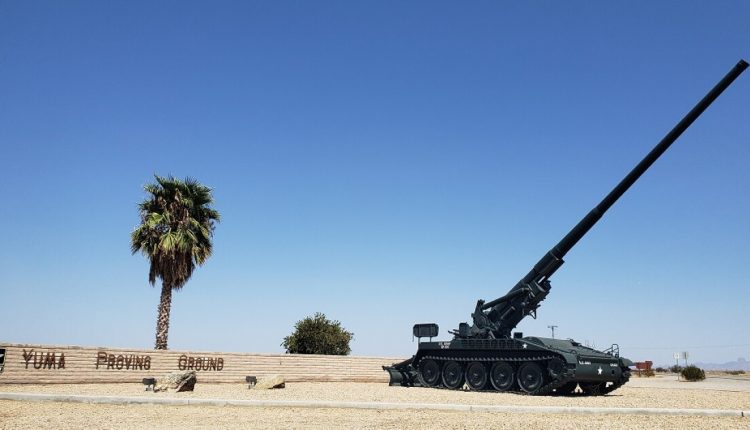 By Howard Fischer
Capitol Media Services
PHOENIX — Arizona Republican legislative leaders are trying to line up the votes for what could be a $15 billion budget, including about $1 billion in earmarks for specific road projects.
But state Senate President Karen Fann said they should not be called “pork.”
“I don’t look at it as pork because it’s exactly what taxpayer dollars are supposed to go for is road infrastructure,” the Prescott Republican said. And with some of the $5 billion surplus not expected to repeat itself, Fann called this ” a great opportunity” to complete some of the projects.
Sen. Sonny Borrelli, R-Lake Havasu City, the majority whip, also rejected the idea that putting dollars into the state budget for specific road design and construction projects fits that definition.
“Infrastructure’s not pork,” he said.
“It’s supposed to be what we do: fill potholes, build roads,” Borelli continued. And he said it creates jobs.
But what’s also true is that what’s been put into the budget by GOP lawmakers are projects that the state Transportation Board have not be included in what the agency considers the top priorities for the state.
The board finances its projects with gasoline and diesel taxes and vehicle registration fees, a scheme designed to link road projects with fees paid by users. Instead, each of the projects listed in the budget would be funded largely by a combination of sales and income taxes paid by everyone.
House Majority Leader Ben Toma, R-Peoria, was more forthright about how each of them got added to the spending plan.
“They’re member priorities,” he said, items sought by individual lawmakers for inclusion in the budget.
That includes Toma himself who put $9.5 million into the spending plan for a stretch of noise wall along Loop 101 in his district. He said that came at the request of residents of Arrowhead Lakes who “get a lot of noise from the 101.”
“My job is to represent my district and this is a district request,” he told Capitol Media Services.
But Toma resisted calling any of that pork.
“Infrastructure is important to everyone,” he said.
And what of the fact they were not important enough for the state Transportation Board to include in its newly adopted $1.16 billion spending plan for the coming budget year?
“Members think they’re important for their districts,” Toma said. “And they would know better.”
Fann acknowledged that while some of what’s on the list were specific legislator requests, others were asking from rural communities.
“They came from our cities and our towns and our counties that asked for them,” she said.
CJ Karamargin, press aide to Gov. Doug Ducey, who has been involved in crafting the plan, said his boss has no comment about the inclusion of the projects in the yet-to-be-approved plan.
The biggest of the road earmarks in the budget is $400 million to widen Interstate 10 between Queen Creek Road on the edge of Chandler to the north end of Casa Grande to three lanes in each direction. Part of what makes that so expensive is the need for a pair of new bridges across the Gila River.
That ask came from Sen. TJ Shope, R-Coolidge, who even got the governor to put the request into his State of the State speech in January. And Shope told Capitol Media Services this is far different than the other projects.
“It shows to the feds our continued commitment,” he said. And that, said Shope, could increase the chances of getting a $300 million grant from Washington for the project which ultimately could cost close to $1 billion.
Shope insisted that putting this project into the state budget is different than other earmarks like intersection improvements and traffic lights.
“That’s probably better for the purview of the Transportation Board,” he said of those smaller earmarks. But Shope said he understands why individual lawmakers made their own asks for inclusion in the budget.
“The money’s there,” he said. “And I obviously think it was an issue for our members.”
But should lawmakers be deciding road-funding priorities?
“I think that’s a fair question,” Shope said.
All this comes as GOP leaders try to line up the votes among Republican legislators ahead of the new fiscal year beginning July 1.
So far that has proved elusive, even with the add-ons. And some people who are still hoping to get a specific road project into the budget have said they still haven’t decided whether to support the latest package.
Take Sen. Paul Boyer, R-Glendale.
He wants a 20-foot-high sound wall constructed along Loop 101 near North 16 Street in Phoenix. Boyer says the noise from the recently expanded freeway is bothering neighbors.
But Boyer has not committed to support the GOP spending plan. So his request for the $7.2 million was excluded.
The budget, however, does include Toma’s $9.5 million for that stretch of wall further to the west.
Still, Boyer said even if he does get the sound barrier that does not mean he will support the entire state budget. He said he is holding out for more money for K-12 education and university funding as well as a plan to ask voters for a 0.1-cent sales tax to help support rural fire districts.
-30-
On Twitter: @azcapmedia

Additional funds for previously approved projects to account for inflation:

The emerging paramilitary wing of the GOP