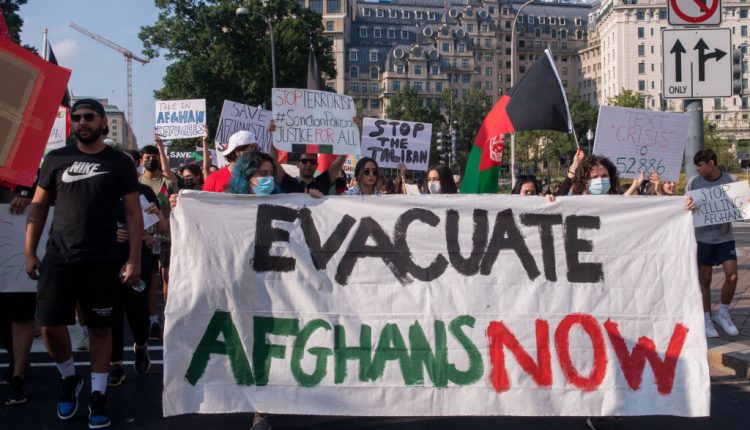 State officials, Arizona refugee resettlement agencies and community groups are preparing for the arrival in the coming weeks of thousands of people evacuated last month from Afghanistan.

The International Rescue Committee in Phoenix, a refugee resettlement agency, welcomed 18 Afghan evacuees on Aug. 29. They were among the tens of thousands of people who fled the country as U.S. troops withdrew and the Afghan government quickly collapsed.

It’s unclear how many refugees and people who evacuated Afghanistan will arrive in Arizona, said Charles Shipman, the state refugee coordinator at the Department of Economic Security, which partners with the federal government to provide services to new refugees seeking to make Arizona their new home.

“This is an emergency effort. This is a U.S. evacuation effort (and) all of the pieces have not been worked out,” Shipman said in a community meeting last week.

Shipman said the federal government has reported that about 29,000 of the people evacuated last month have protections or are in the process of obtaining Special Immigrant Visas, a program available to translators and interpreters who worked for U.S. troops or other Afghans who worked for the U.S. government or U.S.-based companies. Another 50,000 people evacuated are expected to qualify for a program known as humanitarian parole, which allows some immigrants to temporarily live in the U.S., he added.

Shipman said it’s too early to say how many arrivals are expected in Arizona. He added that the state expected a “high number” of parolees, and not as many people arriving through the SIV program.

He said the state agency is working to consolidate and coordinate efforts to volunteer, support and help with new Afghan arrivals in Arizona.

Meanwhile, nonprofits and community groups are working to understand what the more critical needs will be and balance all the donations and support that different people, faith groups and companies are offering.

For now, DES is also compiling a volunteer interest form that people who want to help in by providing temporary housing, interpretation or translation, transportation, donations or places to pick up or drop off donations can fill out and submit.

The Afghan communities in Phoenix and Tucson are also coming together to help, welcome and support those who managed to evacuate, said Asmeen Hamkar, who works with the DES refugee resettlement program.

Hamkar, who is from Afghanistan, said many Afghans living in Arizona are driven to help while dealing with heavy feelings about their family members who weren’t able to leave the country collapsing to Taliban rule.

Physically safe for now, but fears for the future

That’s the case for Leena in Tucson. Her fiance, who has been in the process of getting a U.S. visa for about two years, wasn’t able to evacuate Afghanistan. (Leena is an alias that she said she uses out of concern for her safety and her family’s safety in Afghanistan.) Her uncle, who worked with a U.S.-funded company, also stayed behind despite efforts to apply for protections he’s eligible for through the SIV program.

“Physically, (my fiance) is safe,” Leena said. “He’s traumatized, really not knowing what’s going to happen in the future. All my family is sheltered in place (and) only go out for necessities if they have to.”

While there’s no way out for her family, Leena said she’s working to welcome those seeking to make Arizona their new home.

“It’s been really hard, but as a community we are preparing with the families that are arriving, partnering with resettlement agencies, so we can support,” she said.

Leena added that she wants the families who will be arriving in Arizona to receive a “warm welcome” and that governments establish a pathway to resettlement for the thousands of Afghans who recently left the country.

Gov. Doug Ducey and Rusty Bowers, the Republican leader of Arizona’s House of Representatives, said they are committed to welcoming the Afghan refugees.

The US is a City on a Hill—a global leader—and we should hold true to our promises if we want to keep that reputation. That’s why we are eager to welcome these refugees—who were our allies—to AZ as they flee the dangers of their country and seek safety and opportunity in ours. 3/

A DES spokesman didn’t respond to an inquiry from the Arizona Mirror on how many people from Afghanistan have been resettled into Arizona in recent weeks. DES refugee data from mid-August shows that 53 refugees have arrived in the state so far this year.

“There’s been an outpouring of voluntarism, humanitarianism in our local Phoenix community and in Tucson,” Larsen said. “I’m so proud of Arizona.”

The International Rescue Committee and Catholic Charities, both resettlement agencies that partner with the federal government to welcome and assist refugees who’ll be making Arizona their new home, have an Amazon wish list for donation. Here’s the IRC’s list and Catholic Charities’ list on Amazon.

The Somali American United Council is focused on helping current Arizona residents who have families in Afghanistan who are looking to get support on how to get their families out of their native country. The group is working with immigration attorneys and congressional representatives knowledgeable on the processes available for people from Afghanistan living in the U.S. seeking to reunite with their families, said Larsen.

Catholic Charities also operates a foster care program for children and teens who are seeking asylum or are refugees. There could be a need to provide homes to Afghan minors, but families interested in fostering this population have to be licensed through the state, a process that takes about five to six months, said Joanne Morales, with the Catholic Charities refugee program.

The Refugee and Immigrant Service Provider Network — a coalition of more than 150 public and private groups and individuals who serve refugees in Arizona — also has a website (www.rispnet.com) that compiles resources and ways to help new Afghan arrivals.

Unclear if federal resources will be available to Afghan evacuees

Nejra Sumic, national field manager for We Are All America, added there’s specific policy areas that advocates are also pushing for, like asking the federal government to coordinate more evacuation and increase funding to the refugee resettlement program.

It’s still unclear whether people processed through the humanitarian parole process will have access to the same resources as those who go through the refugee resettlement program, which grants a work permit and provides funding for housing, job search and English language instruction assistance.

Sumic said all arriving Afghan should have access to those services, not just those with SIV status. Advocates also want those arriving from Afghanistan to have a path to  quickly adjust their immmigration status to legal permanent residents, which would grant them permanence in the US.

Sumic added there’s been a rise in xenophobia, Islamophobia and anti-refugee sentiments surrounding the arrival of Afghans to Arizona and the US.

“For the most part our communities have been welcoming but we cannot ignore that that is also on the rise,” she said. “We urgently need localities, cities, state legislatures to extend a welcome to refugees.”