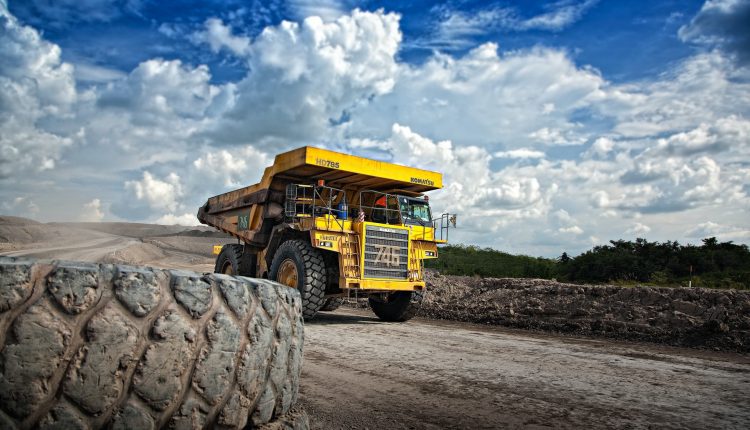 Democrats in Congress are hoping to overhaul the nation’s 150-year-old system for mining the elements needed for battery manufacturing, as high gas prices and Russia’s war in Ukraine underline the need to transition from oil and gas to renewable energy sources.

Their legislation also would require mining companies to clean up abandoned mines, lease the federal lands they operate on and pay royalties for the revenue from public lands.

Tuesday, the 150th anniversary of President Ulysses S. Grant’s signing of the General Mining Act of 1872, Grijalva, Heinrich and California Democratic Rep. Alan Lowenthal said those bills were necessary to provide an overdue update to the mining law.

“We’re living in a completely different world than we were 150 years ago,” Grijalva said at a press conference.

Under the law, miners have been able to operate “without any semblance of accountability,” Grijalva said.

Grijalva said he didn’t seek to end mining through the legislation. Lowenthal said he and Grijalva opposed new mining, but that the bill concedes the industry’s continuation while attempting to mitigate its harms.

“The transition to a clean-energy future will inevitably involve mining,” Grijalva said. “That’s not the argument we have. But … we cannot build a 21st century clean-energy economy with a 19th century law.”

The legislation seeks to place environmental requirements and financial costs on miners, as well as require consultation with tribes.

New mines would have to pay a 12.5% royalty rate for operations on federal lands. Existing lands would see an 8% royalty rate. One-quarter of that royalty would go to the state where the mine is located.

The remainder would go into a new Hardrock Mine Reclamation Fund, which was created under the $1.2 trillion infrastructure law President Joe Biden signed last year, to clean up abandoned mining sites.

Heinrich said the new dedicated funding stream for abandoned mine cleanup was the most important part of the bill.

Defunct mines can leach chemicals into the nearby water and soil, Heinrich said. He referenced the Gold King Mine wastewater spill in Colorado that turned waters in New Mexico “the color of Tang” because of heavy metals and other contaminants.

The legislation was more urgent because of the recent push to increase domestic energy, Heinrich said. Volatility in the oil and gas market that resulted from the pandemic and Russia’s invasion of Ukraine has spurred calls in Washington to produce more domestic energy.

“Isn’t it time we had a 21st century approach to mining in this country?” he said. “Especially at a moment when we are making increased efforts to create domestic supply.”

Grijalva said mining would be part of a clean-energy future because metals like copper, lithium and nickel are needed for battery storage, a critical component for electric cars.

“We cannot do that on the backs of dirty mining and mining-impacted communities,” she said. “And that’s where we’re headed right now if we don’t reform this.”

Private mining companies have extracted $300 billion of minerals from public lands, without paying royalties and while sticking taxpayers with cleanup bills, Lowenthal said.

“If the federal government is going to allow private companies to extract resources from public lands, the American taxpayer must be compensated,” he said. “Right now they are not being compensated or protected.”

Grijalva has scheduled a hearing on his bill for Thursday at the Energy and Mineral Resources Subcommittee, which Lowenthal chairs. A spokeswoman for the House Natural Resources Committee said the panel would mark it up this year, though a schedule has not been finalized.

Heinrich’s bill has not been scheduling for consideration in the Senate Energy and Natural Resources Committee.

Members of Congress have launched efforts to reform the 1872 law for decades. Heinrich’s predecessor, Democrat Jeff Bingaman, introduced a bill in 2009.

A spokesperson for U.S. House Republicans said they strongly oppose the legislation.

“Mining industries have shown they’re willing to come to the table and talk about bipartisan solutions, but Mr. Grijalva’s legislation is merely a proposal to end all mining in the U.S.,” said Rebekah Hoshik.“That runs directly contrary to the Biden administration’s own clean energy goals, which will require a dramatic increase in mineral production.”