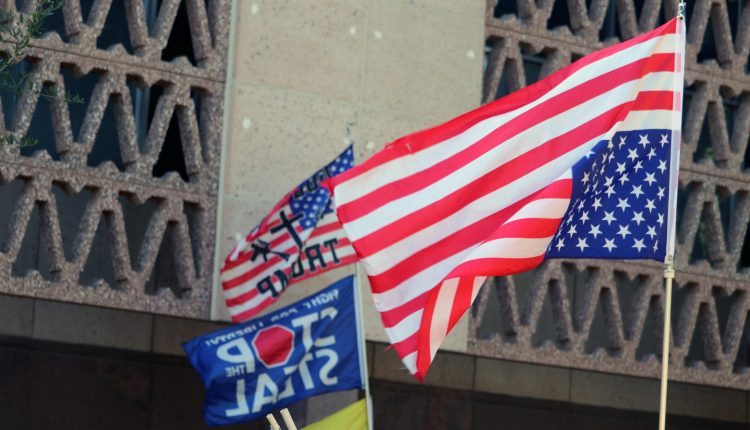 Only a few dozen people, many of them members of a violent extremist organization, showed up at the Arizona Capitol on Saturday for a rally claiming that Donald Trump supporters who stormed the U.S. Capitol on Jan. 6 did nothing wrong and were being held as “political prisoners.”

“It was an awesome, awesome day,” former state Republican legislator Anthony Kern told attendees about being at the Capitol on Jan. 6.

Kern, who lost in 2020 but is again running for the legislature, has said he never breached the Capitol. However, footage reviewed by the Arizona Mirror shows that Kern was present at other parts of the Capitol breached by protesters. During his speech before the crowd, Kern said he arrived two hours after everything “serious” happened.

The Mirror’s analysis determined that Kern arrived shortly after 3 p.m. By that time, the protest had been violent for some time and Trump supporters had already broken into the Capitol in some places, while others were in the process of breaking into the Capitol.

Saturday’s rally was one of many across the country organized by Look Ahead America, which is run by former Trump campaign aide Matt Braynard. Arizona’s rally came a week after a rally Braynard planned in Washington, D.C., largely fizzled.

Flags fly at the “Justice for J6” rally at the Arizona Capitol. Photo by Jerod MacDonald-Evoy | Arizona Mirror 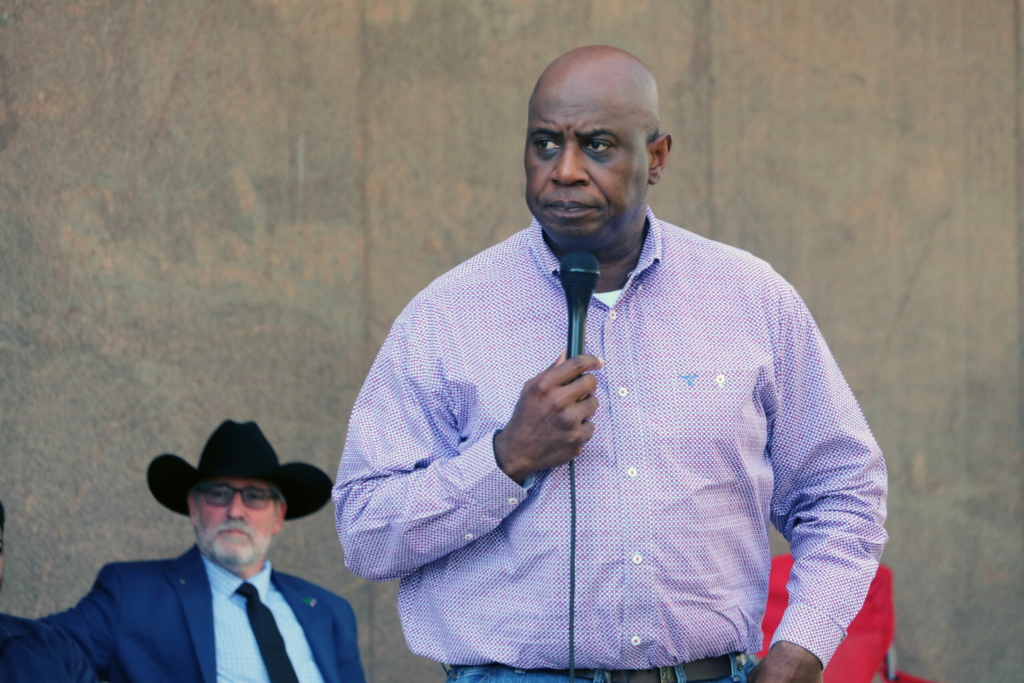 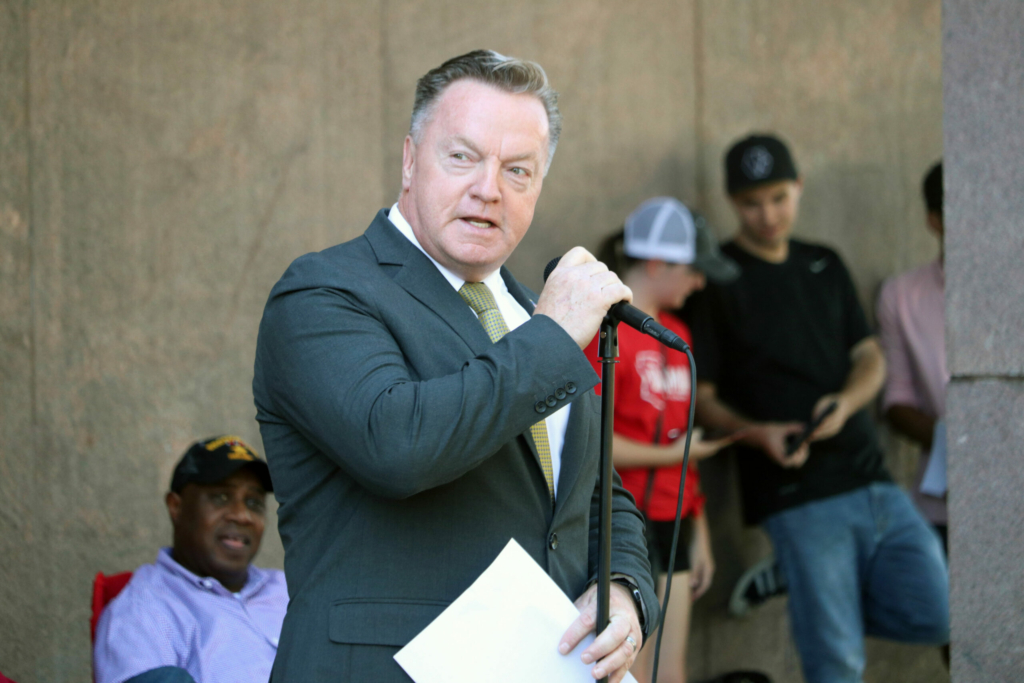 Former state Rep. Anthony Kern, R-Glendale, speaks at the “Justice for J6” rally at the Arizona Capitol. Kern was present at the U.S. Capitol on Jan. 6 and said it was “an awesome day.” The assault on the Capitol left five dead and scores injured. Photo by Jerod MacDonald-Evoy | Arizona Mirror 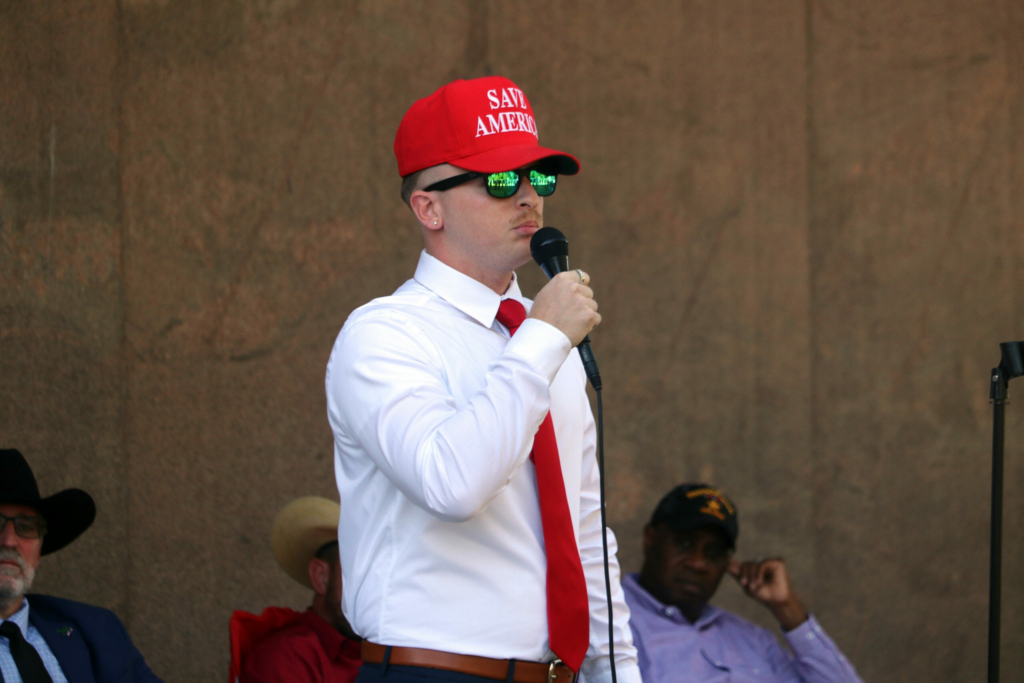 Micajah Jackson, who is facing federal charges for storming the U.S. Capitol on Jan. 6, speaks at the “Justice for J6” rally at the Arizona Capitol. Photo by Jerod MacDonald-Evoy | Arizona Mirror 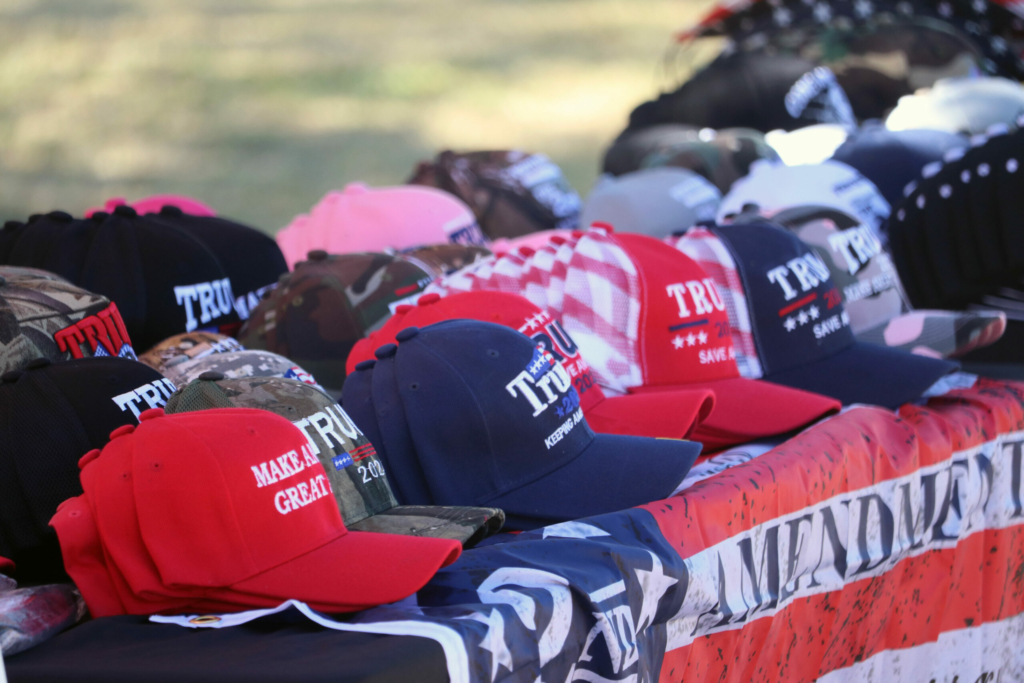 A booth at the “Justice for J6” rally at the Arizona Capitol sold Trump hats and other apparel. Photo by Jerod MacDonald-Evoy | Arizona Mirror

Their presence was a boon for GOP Rep. Walt Blackman, R-Snowflake.

“The Proud Boys came to one of my events and that was one of the proudest moments of my life,” Blackman  said to the crowd. Blackman is running for Congress in the 1st District.

One of the speakers, Micajah Jackson, is facing federal charges for storming the Capitol on Jan. 6. The FBI alleges that Jackson participated in a march alongside members of the Proud Boys chapter from Arizona and that he knowingly entered the Capitol without permission.

Jackson claimed on Saturday that the Jan. 6 riot was a setup “coup” by the FBI, the Capitol Police, D.C. Police, Black Lives Matter, antifa, Democratic activists and the “radical U.S. government.”

“That’s disgusting, that is KGB stuff right there going on,” Jackson said. A woman in the crowd shouted back, “It’s demonic!”

FBI Director Christopher Wray has said that there is no evidence that far left groups participated in the violent events of Jan. 6.

Blackman was the only elected official who spoke, a last-minute change from how the event was promoted. It originally billed GOP legislators Rep. Mark Finchem and Sen. Wendy Rogers as speakers, as well as a controversial figure named “American Greyson” Arnold.

Arnold has used his social media pages to post memes lauding Nazis as the “pure race” and lament the American victory in World War II. He also called Adolf Hitler a “complicated historical figure.” Another time, he posted the logo of Stormfront, the first major hate site on the internet that was founded by Don Black, the former leader of the Alabama Ku Klux Klan. The logo is the Celtic Cross, a common white supremacist symbol, emblazoned with the words “White Pride World Wide.” “God is on our side because our fight is righteous,” he declared.

Shortly after the Mirror inquired about these posts, an event spokeswoman said Arnold was no longer a speaker at the event. However, he still attended the event and was seen with local anti-mask agitator Ethan Schmidt.

Jackson wasn’t the only speaker who was arrested by the FBI for their involvement in the events of Jan. 6.

Couy Griffin of Cowboys for Trump was arrested for one count of knowingly entering or remaining in any restricted building or grounds without lawful entry. Griffin claims he didn’t know the area was off-limits and has said he wasn’t there to disrupt anything.

Another speaker also had connections to the insurrection. Jeff Zink, who is running for Congress against Democratic Rep. Ruben Gallego, has a son who was arrested for trespassing, assault and damaging property. Zink has said that his son is falsely accused, but the FBI contends that photos from his son’s own Facebook page and security camera footage put his son at the scene and show him damaging property.

Zink condemned the destruction and said anyone who did that rightfully deserves to be in prison — but his son does not.

“Somebody else came in and stole what was supposed to be a peaceful protest,” Zink said, adding that the Jan. 6 protest that preceded the violent insurrection was not about “Trump or Biden.” In fact, it was organized by Trump’s allies and was solely focused on disputing and overturning the 2020 election, which Trump lost to Joe Biden.

“You’re guilty until proven Democrat,” Zink said to cheers from the crowd.