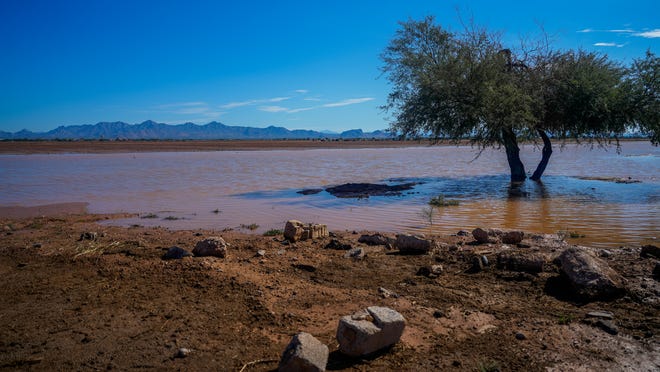 Storms have swept across the state this summer, bringing flash flooding, power outages, traffic, and lost homes for Arizonans.

More of it is expected to come this weekend into next week, the National Weather Service in Phoenix said.

Weekend weather:Rain to continue for Phoenix this weekend; closures in both directions on SR 143

In early March, the weather service had predicted a very wet and active monsoon season this summer. That weather pattern is expected to reach its peak this month, said Bianca Feldkircher, a meteorologist with the National Weather Service in Phoenix.

“Of course, it’s August, which is usually the time we peak in the monsoon, so it doesn’t look like moisture is really going anywhere,” Feldkircher said.

As we get into the middle of the month, Arizonans can expect below-normal temperatures and heavy rain to remain an active pattern. Daily thunderstorm chances and high humidity are forecast for Sunday into next week, the weather service said.

Residents can anticipate more widespread heavy rainfall, strong winds and localized flooding for the next several days. Flood watches are also expected to remain in place for Yuma and Flagstaff through the weekend, Fledkircher said.

Feldkircher said although Saturday will likely have somewhat quieter weather, similar conditions were expected for Sunday.

“It looks like we’ll have a pick up in activity again, very comparable to what we saw (on Friday),” she said.

“Anyone that’s driving, especially in the afternoon and evening, should be aware of the weather,” she said. “If you’re planning on making any type of commute just make sure that you’re aware of thunderstorm chances and travel delays because it could really cause havoc.”

Flooding caused road closures on Saturday afternoon, according to the Arizona Department of Transportation.

US 89 was closed north of Flagstaff because of water on the road. While southbound lanes have reopened, northbound will remain closed at milepost 246 for an unknown period of time, ADOT said.

Folio cautioned people not to attempt to cross flooded roadways.

“Stay inside your vehicle and call 911,” he said. “If you see downed power lines, stay away and always treat power lines as if they are energized.”