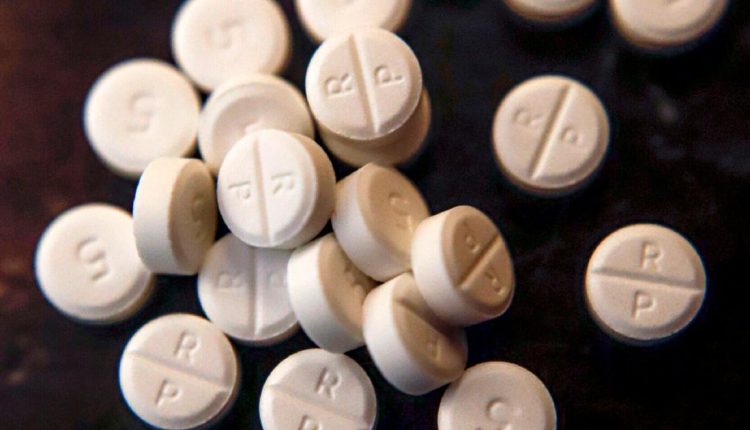 PHOENIX — State lawmakers are moving to roll back the limits on how much doctors can prescribe in opioids despite concerns that it could land Arizona back to where it was at the height of the epidemic.

The House agreed on a 54-5 vote last week to create exceptions to the 2018 law that prohibits physicians giving patients more than 90 “morphine milligram equivalents” a day unless they fall into certain excepted categories such as cancer patients and those in hospice. All that came at the behest of Doug Ducey who called lawmakers into special session to enact changes he said were needed in state laws, including regulations on doctors, to curb opioid abuse and overdoses.

But lawmakers now are having second thoughts after a parade of patients told them how those limits can prevent them getting the drugs they need to deal with chronic and painful conditions.

SB 1162, which now heads to Ducey, seeks to carve out some new exceptions to those dosage limits. Most notably, it would permit higher doses in cases of “chronic intractable pain,” defined as being pain that is “excruciating, constant, incurable and of such severity that it dominates virtually every conscious moment” and that also “produces mental and physical debilitation .”

And to prevent patients from doctor shopping for opioids, it requires there be an established relationship between the physician and the patient.

On Thursday, Rep. Regina Cobb, R-Kingman, sought to remind colleagues why the 2018 law is there in the first place.

“The whole reason we did the opioid special session to begin with what we had bad actors and people that were having issues with overprescribing,” she said. “And now, we’re opening that back up again.”

More to the point, Cobb, who is a dentist, worried that the looser standards could again result in doctors prescribing more of the drugs than necessary, leading to patients getting addicted.

“There’s no guardrails on these people,” she said.

Cobb, however, agreed to vote for the bill after she said that Sen. Nancy Barto, R-Phoenix, who crafted the measure, is promising to look into ways later this year to tighten up on programs that monitor the prescriptions that doctors write.

But Rep. Walt Blackman, R-Snowflake, was unconvinced that promise was enough to alleviate his concerns.

“In Navajo County we do have a high opiate issue,” he said in voting against the measure. “And it is my concern that this will not only expand that, it will cause that issue to spread.”

Rep. Joanne Osborne, R-Goodyear, who chairs the House Health Committee, told colleagues that they should not be surprised about having to revisit the 2018 law.

“We know that for every action we have a reaction,” she said. And Osborne said the state still needs to go after “bad actors.”

“But we have a group of people that, unfortunately, do truly have pain that will not go away,” she said. “This bill is trying to address that group of people.”

One of those who tested in Osborne’s committee was Cindy Hock who told lawmakers of a series of problems that developed after a botched hip replacement. That led to various complications including fibromyalgia which causes pain throughout the body, and high blood pressure.

“My blood pressure can be controlled when my pain is controlled,” she told lawmakers. But Hock said she has been unable to get the dosages she needs since Arizona adopted the 2018 law.

“My care is not being handled properly,” she said. “And that is because we have someone between my doctor and myself.”

Lauri Nickel spoke of her complex regional pain syndrome, an unusual sensitivity to all kinds of touch, which can develop after injuries.

And Penelope Zahn said the 2018 law has affected her ability to get the medications we need.

“We are not criminals; we are patients,” she told lawmakers. “The only options I am given is illicit drugs, suicide or just curl up in a ball and die.”

dr Jeffrey Singer, a general surgeon, told lawmakers they acted in haste in adopting the standard in the first place.

He said it was based on 2016 guidance from the Centers for Disease Prevention and Control. But Singer said the CDC is now saying these were not meant to be hard-and-fast rules.

And he said a draft of new agency rules now being considered scraps that 90 morphine milligram equivalent number entirely.

Rep. Pamela Powers Hannley, D-Tucson, said she was on the Health Committee when that 2018 law was approved to curb opioid abuses and deaths of people who had become addicted. She said lawmakers acted after being told about safe doses and limits on the number of days the drug should be available to patients.

But Powers Hannley said that since the limits were adopted the death rate from opioids is primarily from “street drugs” such as fentanyl rather than from patients. And she said there are “at least moderate controls” on doctors in SB 1162.