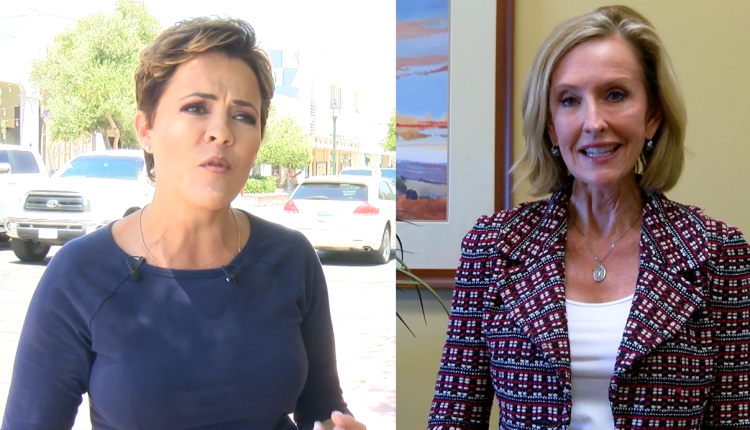 YUMA, Ariz. (KECY, KYMA) – While not the biggest county in Arizona, Yuma is at the forefront of many issues in this election such as border and water security.

Arizona republican gubernatorial candidates Karrin Taylor Robson, and Kari lake, both say they have the advantage of this upcoming primary.

“The most respected pollsters in the nation shows Kari Lake and I at a tie, but I have all the momentum,” Taylor Robson said.

“We’re up right now in the polls everywhere from 11 points to 25 points that’s how wild the polls are right now,” Lake said.

In Robson’s most recent visit to Yuma she received key local endorsements.

“I picked up the endorsement of the Yuma mayor, and county supervisor Jonathan Lines,” Robson said.

Lake says local voters know she has important endorsements of her own.

“When we let people cross illegally, that means they’re taking jobs, lowering wages, and hurting the middle class,” Lake said. “We are going to start bringing in new sources of water and I’m going to be the governor that ushers that in.”

Robson says she’s the best choice to handle these issues, as she has endorsements from Border Patrol and local ag leaders.

“I have a 6 point border plan on my website for people to check out,” Robson said. “I am the only candidate with experience in resource management and in particular water.”

The primary is next Tuesday, August 2nd., and the first results will be released that day at about 8 pm