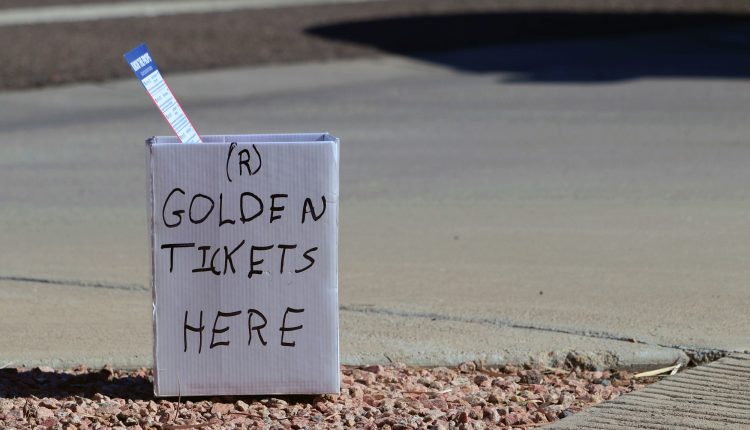 As more votes were tallied Wednesday, Republican candidates in Arizona began to catch up to their Democratic opponents who took early leads, but full results won’t be available for several days, at the earliest.

And with the eyes of the nation on the Grand Canyon State, Democratic gubernatorial candidate Katie Hobbs went from a 14-point lead on election night that was nearly demolished the next day by her Republican opponent Kari Lake. As of Wednesday evening, the race was neck and neck with Hobbs at 50.3% and Lake at 49.7%. The pair are separated by only 13,067 votes.

In another incredibly tight race, Democratic candidate for attorney general Kris Mayes held on to a narrow lead over Republican Abe Hamadeh, with 50.1% of the votes to his 49.9%, with only 4,243 votes separating the two. Mayes also had a 14-point lead on her opponent on election night; Hamadeh narrowly took the lead for several hours on Wednesday before ballots favoring Mayes were reported.

Both Lake and Hamadeh are Trump-endorsed 2020 election deniers, with Lake saying that Arizona elections will have a “come to Jesus moment” if she’s elected. On Wednesday, she pledged to immediately call lawmakers in for a special legislative session to pass election reforms if she becomes governor.

“No more incompetency and no more corruption in Arizona elections,” Lake told the crowd at a Republican election night event on Tuesday.

No evidence of widespread voters fraud was found in Arizona in 2020, despite a partisan “audit” of the election in Maricopa County, and the state’s Republican Attorney General Mark Brnovich’s assertion that his office investigated every report and found nothing.

Lake, a former local TV news anchor, expressed confidence that as more ballots were counted, she would overtake Hobbs, the current Arizona secretary of state.

Lake remained optimistic on Wednesday, saying that ballots being counted favored her “bigly.”

Lake was a guest on Fox News commentator Tucker Carlson’s show Wednesday night, where she said she was “100% certain” that she was going to win.

“When those votes come in, I think we’re going to see a lot of liberal minds blowing up,” Lake said.

She continued to criticize Arizona elections and the drawn-out tabulation process, saying that if she becomes governor, Maricopa County will go back to small precincts instead of larger voting centers, and that she would get rid of the electronic tabulation machines.

Carlson suggested that using paper ballots would be more secure, seemingly unaware that nearly every Arizona voter uses a paper ballot, which is then counted using machines. Those machines are subject to a post-election audit, and must go through pre- and post-election accuracy tests, all of which is required by state law.

“In 2020, we stood firm to protect our democracy,” Hobbs tweeted Wednesday. “In 2021, we stood firm against the sham audits. In 2022, we will stand firm again until every ballot has been counted. So hang tight Arizona — and let’s let our local election officials do their jobs, without fear or interference”

Democratic U.S. Sen. Mark Kelly maintained his lead over Republican Blake Masters Wednesday, with 51.4% of the vote to Masters’ 46.4%.

Around 2.1% of votes in the Senate race went to Libertarian candidate Marc Victor, who dropped out shortly before the election and endorsed Masters. But Victor dropped out after many people had already voted early, and Victor’s name remained on the ballot.

“With the remaining ballots outstanding, we are confident we will win,” the Masters campaign tweeted Wednesday.

Republican gains on Wednesday were expected, since the initial election results released Tuesday night came from early ballots that tended to lean more Democratic. Many of the ballots tallied Wednesday were cast in-person on Election Day, and leaned heavily Republican. After their party criticized and questioned voting by mail over the past several years, many Republicans waited until Election Day to cast their votes.

Democratic Secretary of State candidate Adrian Fontes maintained a narrow lead with 52.4% of the vote over his Republican opponent Mark Finchem’s 47.6%.

Finchem clawed his way back after Fontes had an 18-point lead on election night.

Republican Superintendent of Public Instruction candidate Tom Horne overtook his Democratic opponent, incumbent Kathy Hoffman with 50.2% of the vote to her 49.8%.