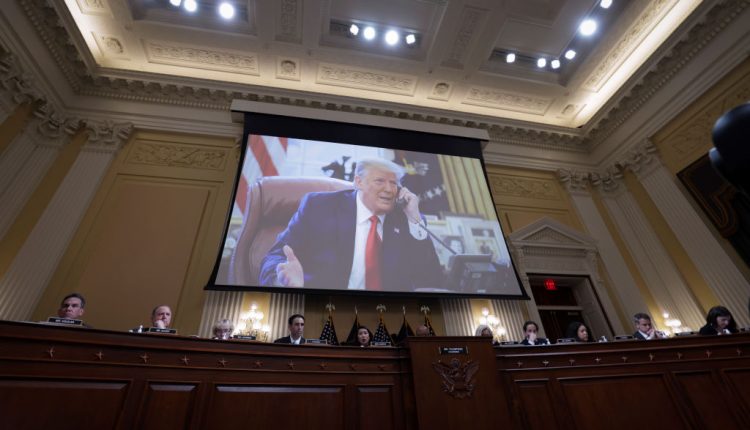 Arizona supports the investigation into Trump, January 6 and the continuing threat to our democracy

Over the course of the summer, the House Select Committee on January 6th presented its findings from a year-long investigation into the months leading up to the election in 2020, the weeks leading up to Jan. 6, and what happened on that day. But the attack on our country didn’t end on that day. Here in Arizona, we have people like Trump-backed GOP gubernatorial nominee Kari Lake, far-right Secretary of State nominee Mark Finchem, and U.S. Reps. Andy Biggs and Paul Gosar threatening our right to pick who leads us.

When the hearings began in June, Republicans in Arizona tried to dismiss the investigation, calling it a distraction from issues like inflation or a partisan witch hunt. It has been neither.

It’s clear that we in Arizona have been paying attention, but the results were similar across the country. Across all seven states polled, voters said they were concerned about the attack on January 6th and that they hold Trump and Republicans, not just Trump, responsible for the attack, and over half of voters support the Committee’s investigation.

Voters have become much more aware of the Congressional investigation into January 6th over the last few months according to July polling. What’s more: they are concerned with what they’ve heard about Donald Trump and the Trump Republicans who helped him try to overturn the 2020 election.

In sum, the hearings have proven to large numbers of people from all walks of life, both here in Arizona and across the country, that Donald Trump and Trump Republicans knowingly engaged in a criminal conspiracy and used violence to try to overturn a US presidential election they know they had lost.

The threat to our right to pick our own leaders did not end after January 6th. Kari Lake, the Republican nominee for governor, is a Trump-endorsed election conspiracy theorist with far-right ties to the QAnon, who repeatedly sought to overturn and decertify the 2020 election.

Mark Finchem is a former Oath Keeper who retains ties to extremist groups. Finchem plans to “pull apart” Arizona’s election system if elected Secretary of State, and has suggested that he won’t concede if he loses his election.

The threat continues today and will only grow stronger unless MAGA Republicans here in Arizona and all over America are stopped. Their reaction to the lawfully executed warrant at Donald Trump’s home shows how they will stop at nothing, including violence, when elections or the law do not go their way. Americans across the country know that this is not the path forward.

Editor’s note: The author is a political consultant but is not working in any of the races mentioned in this opinion piece.