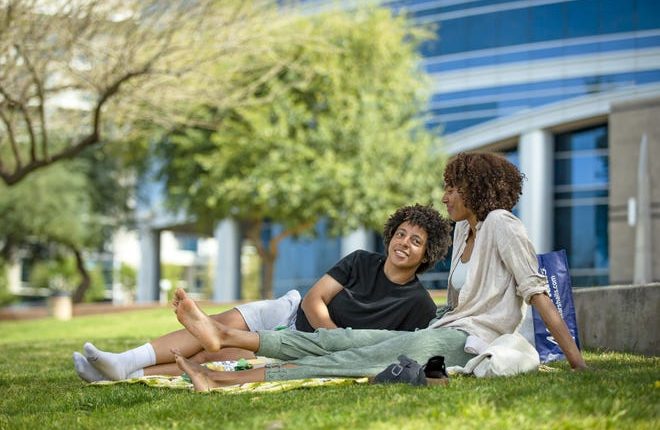 Arizonans will enjoy some cooler temperatures and calmer fire weather conditions this weekend after red flag warnings were in place for Thursday and Friday across the state, according to the National Weather Service in Phoenix.

According to meteorologist Bianca Seldkircher with the weather service in Phoenix, a weather system moving across the state brought very dry and breezy conditions for most of northern and eastern Arizona in the later part of the week.

Seldkircher said temperatures will cool down starting Friday evening as the system moves east, with metro Phoenix dropping back into the 90s and the Flagstaff area into the mid to upper 60s.

Seldkircher said these conditions will be more favorable for firefighting efforts as lighter winds will help avoid the quick spreading of existing fires.

More:Wildfire map: Track where fires are burning in Arizona in 2022

High pressure is expected to build back up early next week. Seldkircher said residents can expect triple digits to come back by mid-week, and temperatures will continue to get warmer for the latter half of the week.

“We are expecting temperatures to start approaching 110 degrees by the end of next week,” Seldkircher said.

Seldkircher advised residents to follow local fire burn regulations in effect as the highly windy conditions can cause any starting fire to grow fast. She also advised residents to keep in mind that even though weekend temperatures will be slightly cooler, it will still be hot outside.

Weekend traffic: WB US 60 remains closed, but not for long

Westbound lanes of the US 60 will remain closed between Loop 101 and McClintock Drive for the weekend but are expected to reopen early next week, according to the Arizona Department of Transportation.

The westbound lanes of the freeway required additional construction work as water damage affected the full width of that side of the road, the city of Tempe said last week.

According to ADOT, crews made significant progress on Thursday night and are expecting the freeway to fully reopen for traffic next week.

Eastbound Interstate 10 is also expected to be narrowed to only three lanes for barrier work on Saturday from 3 am to 5 pm The eastbound freeway on-ramp at Ray Road and off-ramp at Chandler Boulevard will be closed.

ADOT drivers advised to plan ahead for delays and seek alternate routes.