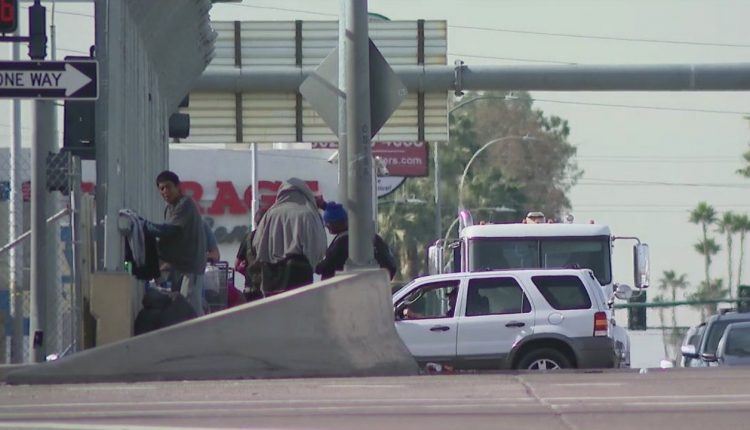 As crime continues to rise, the Phoenix Police Department focuses on the high crime corridor west of I-17

With the Phoenix Police Department understaffed, they plan to inject a deluge of resources into one of the city’s most criminal areas. FOX 10’s Matt Galka reports.

PHOENIX – Due to staff shortages, the Phoenix Police Department wants to inject a flood of resources into one of the city’s most crime-ridden areas, and they’re hoping the technology could help curb crime stats in areas west of I-17.

According to Phoenix police officials, shootings and incidents of aggravated assault and drug possession are found along the 27th Avenue corridor, a series of intersections including 27th Avenue and the Indian School, Northern Avenue, Bell Road and the area occupied by the not more existing Metrocenter Mall. This area has seen rising crime rates since 2018

“Calls to duty are up 9%, aggravated assault up 50%, armed robbery up 12%, calls for gunfire more than doubled,” one person said during a presentation.

Police officials are hoping a renewed focus on key intersections can curb those crime stats and revitalize the area.

Russell Schwetz has been on the streets for more than two years, and life for the homeless in western Phoenix isn’t easy.

“A little rough. Was robbed out there once. Was beaten up once,” Schwetz said.

Eventually, outreach group Circle The City helped Schwetz get back on its feet. Now Schwetz wants more help in the West Phoenix area.

For police, the strategy includes cameras at intersections, which could help alleviate the staffing shortage the department is facing. The corridor has been a focus area for the city for years, as well as community groups including the Violence Impact Project Coalition.

“We will fight until we fix these issues,” said Jeff Spellman, a leader with the Violence Impact Project Coalition. “We will not tolerate crime, drugs and prostitution in our neighborhood.”

Phoenix police officials, meanwhile, say they will be working with Arizona State University on the effort to monitor data and see if it’s working or not. This project must be approved by the entire Phoenix City Council, which will eventually be presented with multiple options at a future meeting.

KHN’s ‘What the Health?’: Dealing With Drug Prices